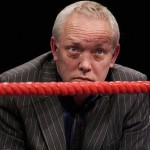 Following up their recent culling of long-time darling of British fight fans, turned promoter, Ricky Hatton, Sky have also now shown the door to another household name on the British fight scene, promoter Frank Maloney, leaving fans wondering what the future holds for the sport in terms of regular televised coverage. The forums have been alive with speculation for some time … END_OF_DOCUMENT_TOKEN_TO_BE_REPLACED 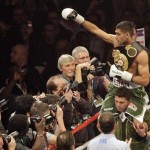 Amir Khan and British Broadcaster Sky have this week announced a reconciliation after a noisy divorce last year. When Britain’s Amir Khan swatted away the challenge of the mercurial Zab Judah earlier this year, there was a certain amount of ooh-ing and coo-ing from both sides of the Atlantic at the young man’s future prospects. Suddenly, he was finding his star aligned with … END_OF_DOCUMENT_TOKEN_TO_BE_REPLACED