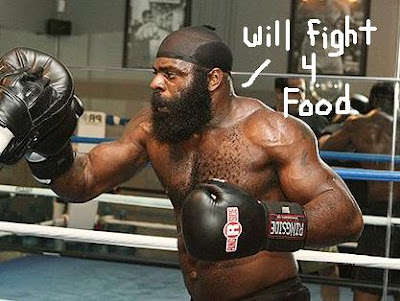 Youtube warrior and failed MMA star, Kimbo Slice, will be making his Boxing debut this Summer, according to Kimbo’s promoter, Gary Shaw.

No word yet on exact date, venue or opponent, but reports indicate that all Atlantic City-area homeless shelters and fast food establishments are currently being given the once-over by Shaw’s talent scouts.

May the BTBC be so bold as to suggest Kimbo Slice vs. Afro Puff 2?