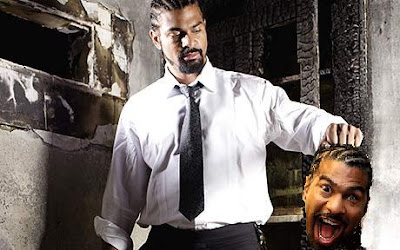 According to Setanta Sports, David Haye has officially pulled out of his upcoming bout for the IBF and WBO Heavyweight championships against Wladimir Klitschko due to an unspecified hand injury.

The bout was one of the most highly-anticipated Heavyweight clashes in recent memory and a very hot ticket in Europe, expecting between 60 and 70 thousand at the live gate with several million more watching across the world.

Further medical inspection will be needed in order to determine when this bout can be rescheduled.