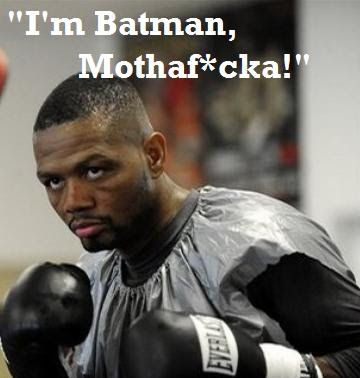 Former unified lightweight champion Nate Campbell foiled a strong arm robbery today in Tampa, Florida.
Campbell, along with advisor Terry Trekas were exiting a Publix Supermarket in Tampa when they witnessed two men snatch a purse from a woman loading groceries into her vehicle. Campbell and Trekas chased the suspects to a nearby apartment, where the suspects barricaded themselves inside. Multiple units from the Hillsborough County Sheriff’s Office arrived on scene in minutes, and captured both suspects inside the apartment. The victim’s purse was found inside the suspect’s vehicle.
Sheriff officials on the scene advised Campbell that the men and their vehicle were suspects in at least six additional strong-arm robberies in the area.
“Man, look here. That could have been my mom, my sister, or my wife. If someone wants to jack a dope man or something, that’s one thing, because they chose that life. But to do that to this woman, who is just minding her business getting her groceries, man I can’t let that go. Had it been my mom or something, I hope someone else would do the same,” said Campbell.