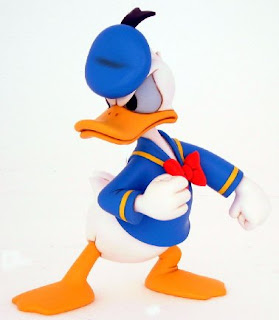 If it walks like a duck and quacks like a duck, well you know the rest. In boxing though, identifying a duck is never that simple.

Currently in the boxing world, we have two mind-boggling fighters that are head and shoulders above the rest of the pack. Although they have supreme abilities and absurd confidence, both fighters have major defects in their game, like any P-4-P star. That major defect, is their choice of victims.

Someone will be disappointed when Team Pacquiao or Camp Mayweather announce their next opponent. Many will disagree, and for that reason alone, they are touted as “duckers” by the haters.

A Pacquiao hater would argue that he has avoided his kryptonite, Juan Manuel Marquez, since he scraped a victory from the Mexican counterpuncher in the sequel. Others would say that his ridiculous weight demands give his opponents a major disadvantage heading into the fight. For this reason, Pacquiao is simply “ducking” the best opponents out there.

Before Mayweather retired, Pretty Boy’s haters disputed that Mayweather was using De La Hoya to duck Cotto. Clearly there’s more money in a De La Hoya fight, and purely on that reason, Mayweather chose to fight the Golden Boy. Is Mayweather spinelessly ducking his toughest challengers? Or is he using that thing right above his spine and showing his marketing brilliance in letting fighters like Cotto, to build himself up into a bigger attraction by fighting guys like Margarito?

You can’t use the dreaded “D” word in the same sentence as these two quality boxers. If you look back at the calibre of opponents they have faced, it’s incredible. Why would fans want to disrespect a boxer that performs in such a convincing and truly magnificent manner?

As these “ducks” get older, they will one day be ruffled up by a lesser known up and coming fighter. The ducks are currently calm on surface, but in 2010, they’ll be paddling like hell underneath. To avoid being humiliated, they surely must turn towards each other?