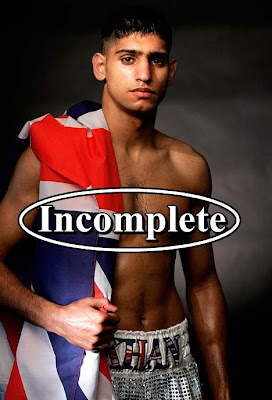 The third Jr. Welterweight champion to be graded is Amir Khan.

Current Title: WBA Jr. Welterweight Title
BTBC Ranking: #17 at Jr. Welterweight
How He Earned His Title: Out-classed Ukranian Andreas Kotelnik to capture his title in the M.E.N Arena in July 2009.
Defenses: Yet to defend
Next Defense: Dmitriy Salita, December 5
Down the Line: Marcos Rene Maidana, Winner of Juan Diaz-Paulie Malignaggi II
Comments: Khan has been rocked in many fights against blown up Super Featherweights, but he seems to be a new fighter under new trainer Freddie Roach. Has fought legend Marco Antonio Barrera and didn’t lose a round against the Mexican icon. He’s one of the fastest fighter pound-4-pound, but his defense and chin are definitely not his strong points. He hasn’t carried his power to world level, but that’s only a minor defect in his game that could be altered. He is technically sound, and could well carry the torch for British boxing in the future. As he hasn’t defended yet, he hasn’t achieved a grade, but he could be on the right track if he defeats Salita and then Argentinan monster Marcos Rene Maidana, which is likely to be a mandatory for the New Year.