Controversy caused by Antonio Margarito’s loaded hand wraps and a weak economy had boxing on the ropes for a good portion of the year. To top things off, tragedy hit the boxing world hard as three hall of fame talents were lost: Arturo Gatti, Vernon Forrest and Alexis Arguello.

However, like any good Gatti fight, the underdog battled back and finished strong as quality contests and innovative ideas brought the live gate back in droves and encouraged millions to pay their hard-earned money to watch on TV.

From Plaster Gate to The Return of “Money” Mayweather to The Super Six Tournament to Firepower, here’s a look at the best of the best (and the worst of the worst) of 2009:

Fighter of the Year: Manny Pacquiao

For the second year in a row, the Filip 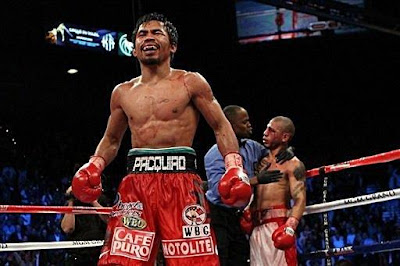 ino Buzzsaw takes top honors with two outstanding performances. Pacquiao followed up a brutal second round knockout of Ricky Hatton with a slow and ugly destruction of reigning WBO Welterweight champ, Miguel Cotto. Things don’t get any easier for Pacquiao as he’s slated to face Floyd Mayweather Jr, in the first half of 2010 and that could either mean an end to his grasp on FOY honors or a sure 2010 win in this category.

Fight of the Year: Juan Manuel Marquez vs. Juan Diaz

This one had it all. An experienced old pro looking to make his mark in a young lion’s 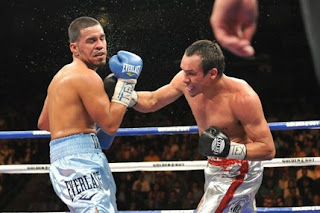 home division of 135; Pressure vs. Precision; Fury vs. Technique.

Marquez vs. Diaz exceeded all expectations in a bout full of ebbs and tides and harsh brutality in Diaz’s own hometown. At one point, it looked like youth and aggression would prevail as Diaz seemed to be getting to the 36-year old Marquez. However, in the end, it was Marquez’s gym-forged and rage-sharpened fundamentals that won out.

Marquez would end up stopping a bloodied Diaz in the ninth to top off a true classic.

Event of the Year: Firepower

Nothing had boxing fans mo 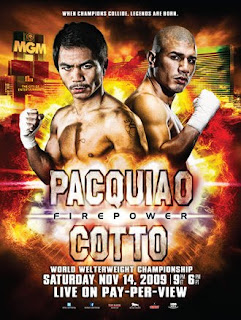 re energized in 2009 than the clash between Manny Pacquiao and Miguel Cotto. The buzz was evident for weeks prior to the event and the internet was lit up with both sets of loyal fans making their cases and with an assortment of experts offering their individual takes on the match-up.

In the end, Pacquiao prevailed in a relatively one-sided bout, but that doesn’t erase the energy generated by this event and the attention brought to the sport by way of over 1.25 million PPV buys. 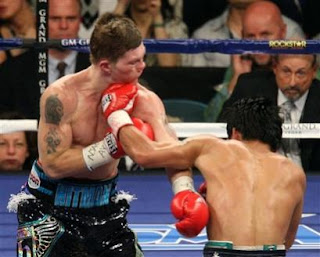 Take one perfectly-timed left hook and combine it with a defensively sloppy Ricky Hatton and you get the most devastating knockout of the year.

Hatton would be left in a heap in the middle of the ring for several moments while Pacquiao celebrated this most brutal of all endings. As surprising as it was crushing, this was a definite career-defining moment for Manny and a sure bet Knockout of the Year.

Round of the Year: Marcos Maidana vs. Victor Ortiz (Round 1)

This was supposed to be Ortiz’s comi 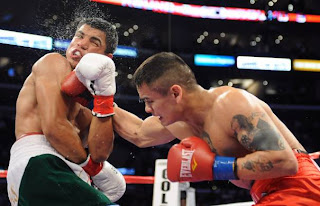 ng out party and the first step in his path to becoming the next Golden Boy. Unfortunately for him, somebody forgot to tell Maidana that he was a stepping stone. Maidana established his will from the opening bell and, despite being knocked down with a hard shot, answered back by decking Ortiz just a few seconds later with a bullet right hand. Ortiz would end up quitting the war in the sixth, but it was the first round that established the fact that Maidana would not be broken by a junior league Golden Boy.

Runner up: Carlos Abregu vs. Irving Garcia (Round 4)

Coming into his bout with Antonio Margarito, there were some smart boxing people who were even going so far as to worry about the 37-year old’s safety. After all, Margarito was coming in as the beast who stopped Miguel Cotto. 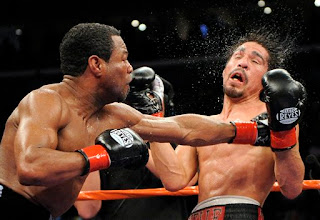 The one-sided domination of Margarito was somewhat overshadowed by the controversy surrounding Margarito’s loaded handwraps prior to the fight, but nothing should take away from Mosley’s performance that night in The Staples Center. Mosley proved himself to be a true virtuoso. 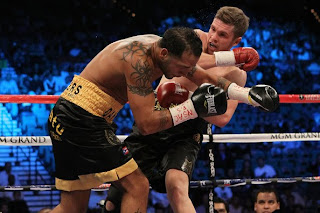 Santos was fighting on the Pacquiao-Cotto undercard, the biggest card of the year, after more than a year of inactivity and he was up against an inexperienced and unproven Yuri Foreman. This would’ve been the perfect time for Santos to step back into the picture and re-establish himself as a force at 154. Instead he lumbered and slept his way through twelve dull rounds and even allowed himself to be out-muscled by the feather-fisted Foreman. 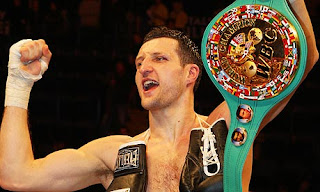 Froch spent 2009 proving that his win over Jean Pascal in late ’08 wasn’t a fluke. He would struggle for large portions of his bouts with Jermain Taylor and Andre Dirrell, but he would ultimately prevail in both. The finish of his bout with Taylor was exceptionally thrilling as he stopped Taylor at the 2:46 mark while trailing on two of the three scorecards. 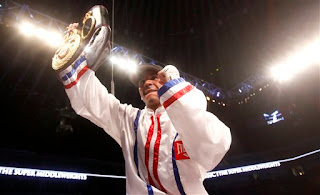 s a gold medalist with a “blah” career, fighting club fighters and looking just competent in his victories.

2009 would be Ward’s breakthrough year as he would step things up, big-time, by winning his first world title against favorite Mikkel Kessler via the Super Six tourney. He would also claim dominant victories over Edison Miranda, Henry Buchanan and Shelby Pudwill.

Andre Ward has arrived and will be in the perfect position to build upon his outstanding 2009 by sweeping the 168 pound tournament. 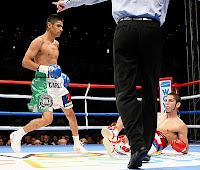 Trainer of the Year: Nazim Richardson 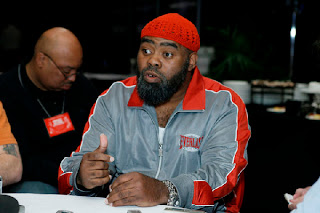 s prize up in the first month of the year as he devised the perfect game plan for Shane Mosley to beat Antonio Margarito and also uncovered Margarito’s use of illegal hand wraps. It was Richardson’s astute cynicism that led to his intense inspection of Margarito’s wraps which thereby uncovered one of this era’s most notorious cheaters.

It sure seemed as though the Florida state commission was determined to not let Martinez walk away with the win. After controlling the first half of the fight, Martinez sent Cintron to the mat hard at the end of the seventh and referee Frank 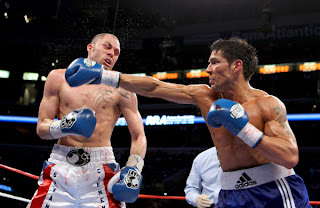 Santore Jr. reached the count of ten. The fight was apparently over and then, a few minutes later and against all common sense, Santore waved the fight back on and ordered for both fighters to continue for the eighth. The rest time aided Cintron and allowed him to come back and take it to Martinez in the following three rounds. Then, in another shocking move, after a great round by Martinez in the eleventh, Santore took a point from Martinez for hitting behind the head. Still, even with the missed knockdown and bogus point deduction, Martinez seemed to be the clear winner…Surprise! The fight was ruled a draw.

Cotto’s face took a real beating twice in 2009. First, a massive cut over his eye against Joshua Clottey and then

a brutal pulverizing at the hands of Manny Pacquiao. There’s one thing for sure when it comes to Cotto: his face shows the signs of a real beating. Last year he was the runner up to this award when he was beat by Margarito; This year, he takes top honors. Congrats Miguel, I guess…

Weight drained and having been stripped of his titles earlier on, the 37-year old Campb

ell walked into a 6ft 1, South African punching machine and had to literally fight for his life. Campbell came on strong early and even knocked Funeka down in the second. However, Funeka recovered and gained complete control in the middle rounds. Campbell, behind on the cards and seeing his career on the line, pushed himself through shear exhaustion and battled back to a Majority Decision win.

At one time considere

d a top prospect and classy world champ, a couple of tough losses sent Viloria into such a tailspin that nobody in their right mind was giving him much of a chance against long-reigning IBF Jr. Flyweight champ, Ulises Solis. Viloria didn’t win easily and Solis didn’t go down without a major fight, but somehow, some way, “Hawaiian Punch” once again found the inner drive to push onward and he KOd Solis in the 11th, in front of a packed pro-Viloria card in Manila, the Philippines.

Prior to the fight against Shane Mosley, illegal hand wraps containing a plaster-like substance were discovered on the hands of Margarito. There were denials and ridiculous excuses made by Margarito, Capetillo and promoter Bob Arum…even charges of racism were leveled. However, the end result was a one year suspension for these scum bags who were willing to put the lives of their opponents in jeopardy to make up for their own flaws and inabilities

Runners up: The Texas and Florida State Commissions, All Boxing Promoters

This was being b 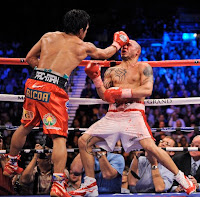 uilt-up as a real dangerous match-up for both fighters where both guys had an equal chance of being destroyed. The reality was that, barring a couple of shots in the early rounds, this was an easy, one-sided win for Pacquiao. By the last few rounds, Miguel Cotto was literally running from Pacquiao’s punches. 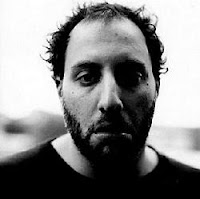 Somehow, some way, this hard-luck, middle-aged rapper found his way on to internet boxing shows and websites as some sort of expert analyst. With the mentality of a message board troll, this failed Beastie Boy wanna be, is actually sought after as a voice of real analysis. His presence is a real kick in the head to all boxing analysts who actually do have a working knowledge of the sport, but lack the exposure. “Rugged Man” is to boxing analysis what Vanilla Ice was to Hip Hop. First, he turned in a ridiculous 114-114 score for Chris John-Rocky Juarez I. Then, he topped himself with a ridiculous 118-110 score for Juan Diaz over Paulie Malignaggi. Texas judge, Van Hoy, has proven himself completely inept at scoring fights featuring Texas’ favorite sons.

Kirkland was one of the brightest stars coming into 2009 and seemed to seal the deal as a legit power with his dominant performance over Joel Julio in March. Shortly after, Kirkland was arrested for parole violation in an attempt to purchase a firearm. He was sentenced to two years in a federal prison.

Runners up: Monte Barrett’s attempt to jump over the top rope in his ring entrance vs. David Haye, Miguel Cotto caving in to every concession prior to the Pacquiao fight

The “Hey, That Guy Works at Footlocker” Award: Shelby Pudwill (vs. Andre Ward)

This is The BTBC’s annual award given to the most pedestrian fighter who somehow finds his way on to a major network. Congrats on making the Showtime telecast, Shelby!

The Nostradamus Award: Paulie Malignaggi (for predicting his own screw job against Juan Diaz)

2010 is Their Year: Who knows? There’s a lot of parity in the sport right now and not many clearly dominant forces…Let’s opt out of this one and make an obvious choice: The Boxing Tribune and The BTBC Fan Forum will continue to grow and prosper in 2010, becoming a true force in the sport. Viva BTBC! Happy 2010! 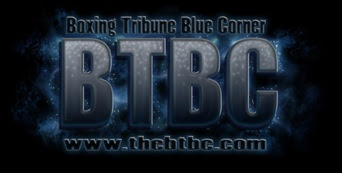