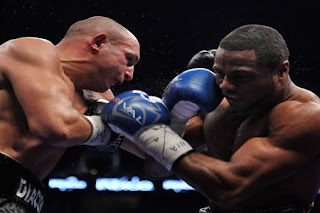 According to industry sources, Chad Dawson and Jean Pascal have agreed terms to fight on August 14.

The fight will take place in Montreal, where Pascal fights out of, and will be broadcasted live by HBO. Pascal’s WBC light heavyweight title will be on the line.

The fight was expected to take place in June, but sources claim Pascal needed more time off to recover from surgery on his shoulder, which he injured in his last outing and second title defence against Adrian Diaconu.

Dawson is coming off the back of an impressive unanimous decision verdict over Glen Johnson in November. Dawson is now considered a Pound-4-Pound fighter, entering The BTBC’s mythical list.

This is probably the best fight that can be made right now at 175 pounds, with two fast in their prime fighters meeting for an alphabet belt. You have to favour Dawson on current achievements, but Dawson has yet to face someone like Pascal, who’s a very live underdog in this contest. Could the signing of this fight make way for the most exciting Summer in recent memory?