You can’t think of a fighter more worthy of respect than Sergio Martinez. He’s come up the hard way, earning each half-step up the ladder and suffering through the injustices that befall many fighters who don’t happen to have the right connections on the way up.

From obscure club fights in Argentina to a TKO loss to Antonio Margarito to a tour of duty on the Euro-circuit, Martinez has never traveled the well-paved roads reserved for media darlings or promoter-coddled prospects. Instead, he’s been left off to the side of the road; Too good to get the call against established champions yet too unknown to be fast-tracked to the boxing main stage.

Aided by his relatively new connection to promoter Lou DiBella, Martinez, at 35 years of age, has just started getting the fights and the attention that has long evaded him…and he has flourished.

He beat Alex Bunema for the WBC Interim Jr. Middleweight Title in 2008 and was later promoted to full champ when the title was stripped from Vernon Forrest for inactivity. He would then go on to be the victim of one of the great modern day screw jobs against Kermit Cintron, where he apparently KO’d Cintron, yet referee Frank Santore Jr. allowed himself to be talked into letting the fight resume. Even then, after the full 12, it appeared as though Martinez would be a comfortable winner, only to find the bout scored a draw.

Undeterred, Martinez would go on to give Paul Williams the toughest fight of his career before ultimately dropping a decision in a bout that many felt he won.

His next outing was against WBC and WBO Middleweight champ, Kelly Pavlik. In another action-packed fight, Martinez started strong and finished strong to pull the titles away from the reigning champ.

Then came the turds in the proverbial punch bowl.

First the WBO popped up, citing a little known, seldom enforced by-law which prohibits a WBO champion from holding a non-WBO title in another weight class. So, because Martinez wanted to hold on to the titles he deservedly earned in the ring, he would be forced to vacate the WBO strap. The WBO now plans to match-up Daniel Jacobs and Dmitry Pirog, two fighters with no wins against top 10 challengers, for the vacant title.

Martinez’s response was classy and characteristically honest: “I learned a while ago that these organizations don’t give you a belt,” Martinez told ESPN. “They loan it to you. When they elect to take it back, they take it back. I thank them for the opportunity to win it and to hold it, but there is nothing I can do about it if they want to take it back. They can match whoever they want below me [for the vacant belt], but in my view, that winner can’t truly call himself a champion.”

Then, like a vulture waiting to pick through a carcass, Jose Sulaiman and the WBC popped up. The WBC President for 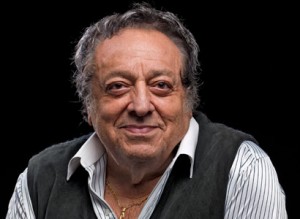 Life is now insisting that Martinez decide, by the end of the day on Wednesday, whether he’ll keep and defend his 160 lb. title or his 154 lb. strap. One way or the other, it’s clear that Martinez will be forced to vacate one of his titles by this Thursday morning.

“The Henry Armstrong Era Has Long Gone,” Sulaiman told Boxingscene. “He’s got to decided if he’s going to fight for the middleweight or the super welterweight championship…We expect he’ll make the decision because he’s a good friend, and we’ve always supported him.”

But what’s really behind this push to clear Martinez from one of the two divisions? Why does it matter to the WBC that Martinez focus on just one title, one weight class?

An exclusive inside source obtained by boxing website, The Boxing Tribune, has revealed a behind-the-scenes push to clear the way, either at 154 or 160, for Julio Cesar Chavez Jr.

The source, an insider within the WBC organization, says Sulaiman truly feels that the key to a resurgence in the Mexican fight scene is for a Chavez to once again have a world title around his waist; Therefore, every effort will be made to push Jr. into that top spot for “the good of boxing.”

The push was to begin with Chavez Jr.’s bout against Troy Rowland, which played chief support to the Pacquiao-Cotto main event last November. Unfortunately for their plans, Chavez Jr. stunk up the joint in a truly lackluster 10 rounder and then, to top things off, was later suspended for testing positive for a banned substance.

But never let it be said that Sulaiman is easily deterred. Chavez Jr. was somehow made #1 contender for the 154 title and, after Martinez managed to take the Middleweight crown from Pavlik, Chavez Jr. was signed to fight John Duddy for the newly-invented WBC Silver Middleweight Title, which is just a re-named version of their Interim title.

So, either way, whether it be at 160 or 154, Julio Cesar Chavez Jr.’s road to a world title is already well-paved, clearly marked and designed to take place in a division where Sergio Martinez is NOT a factor.

Of course, John Duddy can ruin all these plans with a win, but don’t count on it. Sulaiman has invested a lot into getting the belt back on a Chavez and the wheels are already in motion for the coronation. The last detail involves Martinez telling the WBC where he won’t be so Chavez Jr. can be positioned properly.

Sergio Martinez deserves better. From a triple belt holder to maybe being allowed to hold one of his well-earned titles, he’s gotten the full-service screw job from two sanctioning bodies.

Like a veteran middle manager being forced to make room for the CEO’s nephew, Sergio Martinez has to be doubting the wisdom of his loyalty to these leaches.

Hopefully, he’ll stand up on Wednesday and tell the WBC to shove both belts where Sulaiman’s head can often be found.

Sergio Martinez doesn’t need the sanctioning bodies to affirm his status as a champion; The fans and experts know…and that’s good enough.