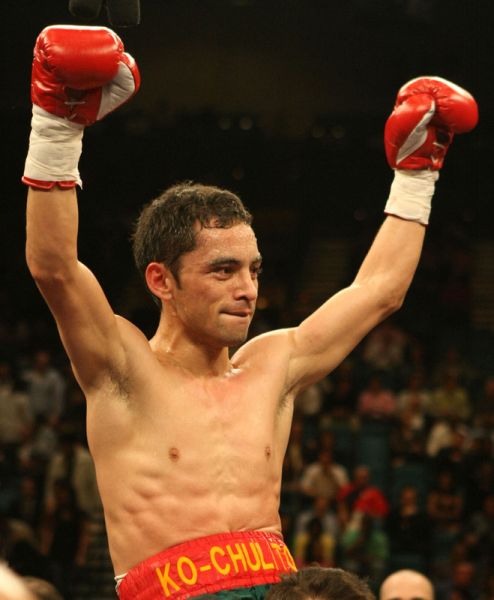 Reigning WBC/WBO bantamweight champ, Fernando Montiel (43-2-2, 33 KOs), is back in action December 11th following a leg injury earlier in the year. His opponent will be fellow Mexican, Eduardo Garcia (21-5-1, 9 KOs).

Garcia, a 30-year old, 11 year pro, is best known for a wide unanimous decision loss to Japan’s Nobuo Nashiro for the WBC super flyweight title in 2006 and a 2008 draw with ranked Olivier Lontchi in Lontchi’s native Canada.

The bout will be held in Torreon, Mexico as a co-headliner in a card which features Marco Antonio Barrera against an opponent still to be named, Cristian Mijares challenging for Juan Alberto Rosas’ newly-won IBF super flyweight title, and the return of Hernan “Tyson” Marquez.