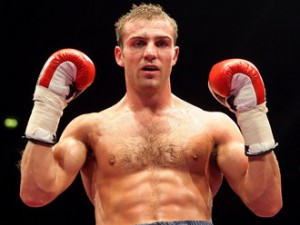 Middleweight contender, Matthew Macklin (28-2, 19 KOs) has a new opponent and a new date following the disintegration of his April 9th bout with Winky Wright.

Macklin was originally set to try and make an impact on American fans as a recent signee to Golden Boy Promotions and as part of the Erik Morales-Marcos Maidana pay per view in Las Vegas, but a hand injury suffered in training removed Wright from the equation.

Instead, The Boxing Tribune’s sixth ranked middleweight in the world will be taking on Armenian-born, Khoren Gevor (31-5, 16 KOs) April 16th on the Amir Khan-Paul McCloskey undercard at the M.E.N. Arena in Manchester, UK.

In his most recent contest, Gevor dropped a unanimous twelve round decision to Dimitri Sartison in a super middleweight contest. He also dropped a 2009 decision to Felix Sturm and was knocked out in eleven rounds by Arthur Abraham in 2007.

Macklin currently holds the European middleweight title and has made one successful defense of the crown since winning the belt in September of last year.

Macklin-Gevor is being billed as a WBA title eliminator, but it remains to be seen whether the winner will receive a shot at recognized champ, Felix Sturm, or one of the sanctioning body’s two other belt holders in the division, Gennady Golovkin or Hassan N’Dam N’Jikam.