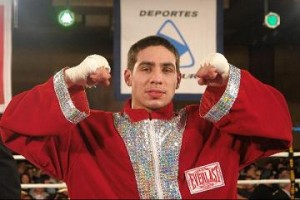 The 23-year old Garcia holds wins over Ashley Theophane and Mike Arnaoutis, and is looking to add a former World Champion to his resume as he looks to take another step towards a jr. welterweight title.

Campbell, who announced his retirement shortly after a lackluster 8-round split decision loss to Walter Estrada in November 2010, recently decided to return for one last run at a title. Campbell’s storied career boasts wins over Juan Diaz and Ali Funeka, but he has gone 0-2, with 1 no contest since moving up to the jr. welterweight division.