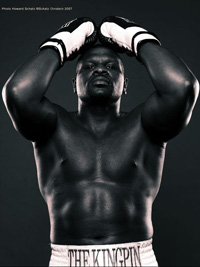 Fightnews.com is reporting that American heavyweight, Kevin Johnson was refused exit from the United States due to non-payment of child support and, therefore, had to pull out of Saturday’s Prizefighter heavyweight tournament in the UK.

Johnson is the third fighter to pull out of the eight man mini-tournament, billed as “The International Heavyweights.”

Previously, Fres Oquendo pulled out due to the death of a close friend and Juan Carlos Gomez had visa issues that prevented his participation.