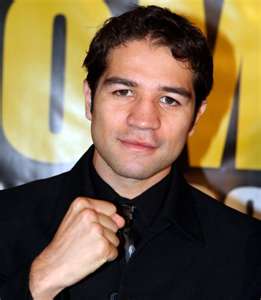 Former “Contender” Season 1 star Alfonso Gomez (22-4-2, 11 KO) will make his return to the ring against jr. middleweight Calvin Green (21-5-1, 13 KO), on Saturday May 21, 2010. The bout will take place at a catchweight of 150 pounds, and will headline Saturday’s Top Rank Live show, from the Morongo Casino Resort and Spa in Cabezon, California, and will be televised on Fox Sports.

Both fighters have been inactive for more than a year. Green last took on Sergio Mora on the undercard of last April’s Bernard Hopkins-Roy Jones Jr. pay-per-view broadcast, losing by way of TKO in the 7th round.

An injury to his left elbow tendon forced the cancellation of Gomez’s proposed December, 2012 bout with Julio Cesar Chavez Jr, a bout schedule to take place at a 157-pound catchweight. Gomez last fought on the undercard of the March 2010 Manny Pacquiao-Joshua Clottey pay-per-view card, forcing Jose Luis Castillo to retire on his stool after the 5th round. Gomez owns wins over Arturo Gatti, Ben Tackie and Jesus Soto-Karass.