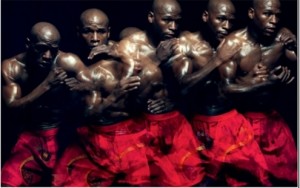 As first reported at The Boxing Tribune in early May, 5-division world champ, Floyd Mayweather (41-0, 25 KOs) will make his return to the ring on September 17th against Victor Ortiz (29-2-2, 22 KOs) at a venue to be announced.

This will be Mayweather’s first bout since winning a one-sided unanimous decision against Shane Mosley in May, 2010.

Mayweather chose to break the news via Twitter announcement, writing: “My fans have been waiting long enough. Floyd Mayweather vs. Victor Ortiz. Sept-17 2011 for the WBC World Championship.”