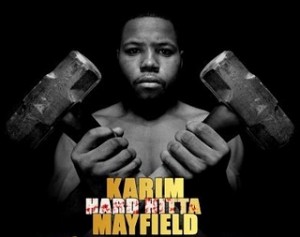 The 30-year-old Mayfield is a late comer to the sport, having made his pro debut at age 25. He has compiled his record against limited competition and looks to make a statement against the 34-year-old Forbes, who is trying to resurrect his career but has lost two of his last four against journeymen and prospects since being knocked out by Andre Berto in a welterweight title shot in 2008.

Mayfield comes into this fight off a one-year layoff, while Forbes’ last fight was a technical-decision loss to Ionut Dan Ion of Romania on Friday Night Fights in February which ended in the sixth round after a clash of heads opened a severe cut over Forbes’ left eye.