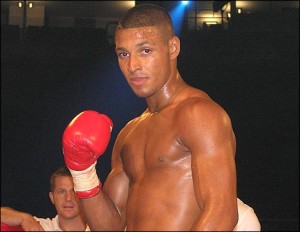 From the very beginning, Brook was too quick and sharp for the 39-year-old veteran. Working behind a jab and taking full advantage of his edge in hand speed, Brook pretty did whatever he wanted against a solid, but never really competitive opponent.

By the later rounds, N’dou was clearly gassed and looking to clinch and otherwise avoid Brook’s offensive output. Brook would push for the final round KO, but wasn’t able to hit the sweet spot amidst N’dou’s clinches.