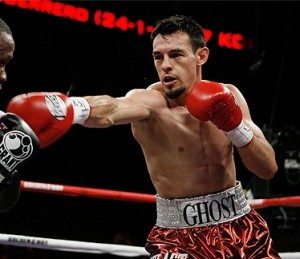 Robert Guerrero and Marcos Maidana has been canceled due to a shoulder injury suffered by Guerrero.

According to Schaefer, the injury was sustained yesterday in training. Guerrero will go later for an MRI on the injured shoulder to assess the damage.

No word yet on when (or if) the bout will be rescheduled.