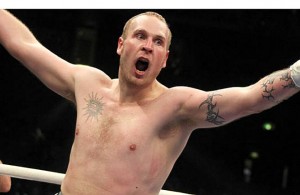 Helenius (15-0-0, 10 KOs) has risen rapidly up the professional rankings since turning pro in 2008.  The 6’6’’ former European championships medalist scored his most notable win to date in his recent bout with Samuel Peter, knocking out the former world-title challenger in devastating fashion.

Liakhovich (25-3-0, 16 KOs) has had an up and down career, winning a belt from Lamon Brewster in 2006 before being badly beaten by Shannon Briggs and Nikolay Valuev.  In his last outing he stopped journeyman Evans Quinn in the ninth round.

The fight will be televised in the United States on the Epix network as part of the card that includes other heavyweight contenders Alexander Povetkin and Ruslan Chagaev.