— Amidst rumors of weight issues and concerns about the competing Saul Alvarez-Alfonso Gomez card, it was 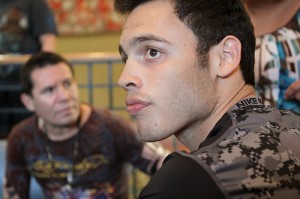 reported today that a cut suffered on Julio Cesar Chavez Jr.’s hand will likely force him to pull out of his scheduled September 17 bout with Ronald Hearns. According to Chavez’s manager, Billy Keane, the WBC middleweight titlist cut his hand on a ceiling fan a few weeks ago and hasn’t been able to spar or properly train for the upcoming fight.