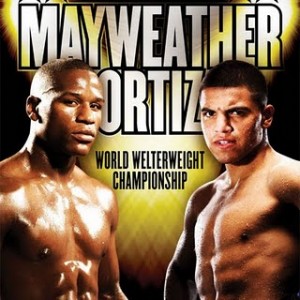 took from Andre Berto in April.

After coming close to the top in 2009, Victor Ortiz spent the better part of 18 months rebuilding his confidence and developing a huge chip on his shoulder after taking a beating at the hands of Marcos Maidana. Labeled a quitter who lacked heart, Ortiz bounced back from two knockdowns to outslug Berto and take his title in April. Prior to his victory over Berto, Ortiz owned victories over former champions Carlos Maussa, Vivian Harris, and Nate Campbell.

Mayweather is a future hall of famer who has captured titles in each division ranging from jr. lightweight to jr. middleweight. His defensive mastery, accurate counter punching, and ring IQ have helped him claim victories over the likes of Genaro Hernandez, Diego Corrales, Jose Luis Castillo, Zab Judah, Oscar De La Hoya, and Juan Manuel Marquez. Saddled with harsh criticisms over his opponent selection throughout his career, Mayweather is hoping taking on a young, strong, and fast fighter like Ortiz will help silence some of his critics.

This bout will be televised on HBO Pay-Per-View, beginning at 9PM ET / 6PM ET.