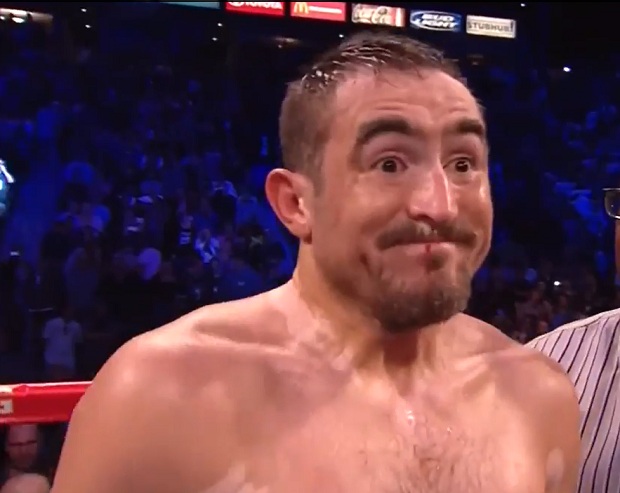 “Rubio was a disgrace. What a way to lose. He was knocked out in two rounds by a punch that wasn’t enough to do that. It was deplorable display by Rubio. We expected much more from him. We did not know what to do [when he lost], we could not find the door to get out of there. Rubio disappointed the fans. Rubio has nothing to do with us. We have no place for such people…”

There are two types of fixes in the boxing world.

There’s the type of fix where someone from a fighter’s camp hires an opponent to take a dive or drop enough rounds to lose the fight. That’s the “fix” that immediately comes to mind when the term is used in professional prizefighting. The mere mention of fight fixing is enough to forever taint the reputation of everyone involved.

But then there’s the other type of fix– The one where a fighter’s team intentionally targets inferior opposition in search of a sure win. In reality, this second type of fix is basically the same as the first, except that there’s no need to make any arrangement between the A-side and the fall guy. This second type of fix is commonplace and actually considered part of the game (depending on who you ask and when you ask them– fans and insiders are notoriously fickle when it comes to accepting reality when it comes to fix type no. 2).

In both types of fix, though, the objective is to guarantee a win for the money fighter. And no fighter worth any coin in the sport of boxing is innocent of the fix in one of its two forms (and sometimes both).

Anybody who spends his own money advancing a fighter and knows what he’s doing engages in some form of fight fixing. And, wittingly or not, almost every titleholder has benefited from fixes.

A former president of the Boxing Writers Association of America once said, “When it comes to sports, all a writer needs to know is how wonderful it feels to win, how miserable it feels to lose, and how hard it is to try.” If you get paid to write about boxing and believe this, the kindest thing that can be said about you is that you’re a sucker.

Sometimes, the fall guy ruins the set-up and manages to somehow win. This is very rare but, shockingly, does little to upset the momentum of the money fighter when it does happen.

When unknown Colombian import Breidis Prescott starched future UK superstar Amir Khan in the first round back in 2008, Khan was the one getting the world title shot ten months later.

Prescott’s flipping of the script would actually cost him money, long term, earning him the reputation of a B-side who didn’t act like a proper B-side and guaranteeing a life of undercard time-fillers and basic cable exhibitions.

Most often, a fall guy who manages to overcome the physical odds, escape the judging, and actually walk away with a win is merely going to be marched into a bigger set-up next time against a better, badder A-side. And this will keep happening until he finally loses and can be sent back to the lower tier.

So, what do you do if you’re smart veteran fighter booked into a no-win situation as a patsy?

Marco Antonio Rubio, if our eyes and the words of his own promoter are to be believed, would fight back against his recent cynical booking by hitting the canvas and staying there just long enough to lose as soon as Gennady Golovkin landed anything of note– And then walk away with a cool 350K for the non-effort.

Rubio, who rubbed the top of his head as if recovering from a noogie and smiled before shrugging off the loss, emerged as a secret winner in all of this. He came in overweight, opted not to try and lose the excess poundage, and wound up walking away with a $350,000 payday while avoiding the bloody, GGG scrapbook beating he had been hired to take.

“He hit me hard, but it’s not the hardest I’ve been hit,” Rubio said after the quick exit. “I came to fight, to put on a good show. I got up, but the referee decided to stop it.”

It was an appropriately sardonic response from a smart man booked into an intellectually dishonest, exploitative, cynical showcase for the “other guy.” Maybe Rubio could’ve continued, maybe not, but it sure made sense for him not to get up…

Rubio is a good, solid second-tier fighter, but he was specifically paired against Golovkin to lose spectacularly. Slow footed with a porous defense, Rubio was looked at as a walking punching bag, there to take an ugly beating and have his blood spilled for the enjoyment of the sold out crowd at the StubHub Center in Carson, California in Triple G’s West Coast debut.

Even if he were capable of holding his own against the raging Kazakh, Rubio would never have gotten the decision. In any case– win, lose, or draw, he’d be no better off if he pulled off the impossible upset. Golovkin would still be the HBO darling, looking to come back from whatever tragic circumstance the HBO propaganda machine could whip up as a cause for the defeat while Rubio would either be shipped off to another no-win situation or forgotten altogether as someone too dangerous to be a true fall guy.

Rubio hustled the hustlers on October 18. He came in overweight and never bothered trying to make weight, gladly paying the $100,000 penalty charged by the commission and giving up the ridiculous WBC interim middleweight title (along with the more ridiculous responsibility of paying the 3% sanctioning fee that came with the belt).

Some may bristle at the idea of a professional fighter signing for a fight and not giving it his all, not battling ’til the very last drop of blood falls from his body. But what Rubio did to the public was no worse than what Team Golovkin did (and what many, many other high-end pros routinely do). The objective of Golovkin-Rubio was for Golovkin to brutalize and hurt Rubio as part of an increasingly powerful promotional push. This was not an effort to book a competitive match-up.

When faced with an insulting lose-lose proposition and the absurd realities of the boxing star-making process, Marco Antonio Rubio opted to flip everyone the bird. He would do his job as the hired loser, but he wouldn’t offer himself up for the blood sacrifice.

The most disturbing part, though, was that nobody really seemed to care. The fans cheered, the media rejoiced, and HBO’s Jim Lampley swooned over Golovkin’s offensive prowess, as planned.

Rubio and his performance didn’t even matter, further supporting the idea that the Mexican middleweight was right all along to only look after himself and his own best interests.