I never met Frankie Leal, but if the young battler from Mexicali, Baja California was like most fighters, he began his career with stars in his eyes– Fantasies of sports cars, title belts, and the kind of money and fame poor kids from the wrong side of the tracks can only get by sports, music, or organized crime.

But not everyone is built to be a superstar fighter and, at some point, reality set in. The pursuit of riches and glory became just a job. Like the vast majority of fighters, boxing became a way to pay the light bill and put food on the table.

As Leal’s journeyman career progressed, it became apparent that he was too tough for his own good, too proud to accept his role as perpetual fall guy for bigger names with million dollar backing. And, ultimately, Leal was too vulnerable– in every sense of the word– to have a happy ending to his boxing story.

Leal died last Tuesday from brain injuries sustained in an October 19 bout with longtime friend Raul Hirales in Cabo San Lucas, Mexico. The decision to pull the plug on a comatose Leal came just three days before what would’ve been his twenty-seventh birthday.

Surrounded by family and friends in a San Diego hospital, “The Little Soldier” drifted away, leaving behind a wife and son, grieving loved ones, and the usual stomach-churning emotion that follows each and every ring death.

Frankie Leal should not have been fighting, at least not after having already had one brush with death back in March of 2012 against Evgeny Gradovich.

Top Rank matchmaker, Bruce Trampler was not surprised by the death of his company’s former client. Trampler, who refused to book Leal after the fighter’s near death experience, had this to say via Twitter shortly after Leal passed away:

This is so wrong. I thought Leal was going to die the night he fought Gradovich, but he kept going and going until this. RIP

Frankie Leal death no surprise after Gradovich sent him to hospital in 2012. Kept seeking fights – trainer should have retired him. Sad.

But it didn’t have to happen. Leal went to hospital in Texas and we had tears in eyes because we didn’t think he would make it.

Frankie as much to blame as anyone for seeking fights, but no trainer or cornerman should have gotten near that corner.

This was no roll of the dice, He almost died last year in Texas but pushed the envelope too far this time. Almost suicidal.

Fighters should have the right to determine their fate. I’m just saying this death was predictable and avoidable.

However, despite Top Rank’s unwillingness to deal with a supremely vulnerable Leal, the fighter easily found work. In the first half of 2013, he would compete in four club-level fights in Mexico before moving on to Hirales. Nobody said a word. Nobody cared. 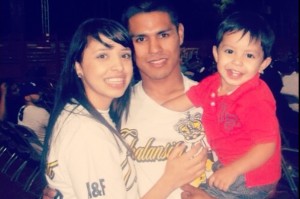 walking the naive path of so many other well-intentioned, but ultimately clueless do-gooders.

Even if Zanfer Promotions (the company that promoted Leal in his last fight) were to be brought down and every one of Leal’s cornermen banned from boxing, other kids in other dark corners of the sport would still keep dying, still crushed to a pulp by the ever-grinding gears of the boxing machine.

Searching for someone to blame will not be a pleasant experience for the truly honest.

Just like in the old Bob Dylan song, “Who Killed Davey Moore?,” fingers will be pointed and guilt averted. Ultimately, though, the conclusion is the same as the one in the song– we are all responsible.

We all killed Frankie Leal.

Blood is on the hands of the fans who support the sport blindly; the writers who feign outrage after the fact, but will never push for true regulation and accountability; the promoters and managers and trainers who still allow fighters to march to their death for the sake of just one more pay day. The entire system- dealing in flesh and cultivating a complete lack of transparency on all levels– is drenched with the blood of fallen warriors.

In a sport where Born Again Christians and self-righteous moralists co-exist with murderous scoundrels and soulless con men, it’s easy to lose your moral compass.

There are no holy men in boxing– at any level. There’s no reconciling the fact that we all, to some degree, deal in death. We draw profit, self-satisfaction, and amusement from men and women paid to walk close to death’s embrace.

If you think otherwise– fans, media, management– you are simply not being honest with yourself.

Boxing is a dark, dangerous alley. Of those who enter,  few will survive and thrive…many, many more will never emerge. There is no safe distance from which you can be part of the sport while keeping the blood off your hands.

Those who have worked in the game and know the boxing culture have come to terms with this fact. Boxing is no place for good, clean suburban boys and girls. Boxing will never be clean, never be anything other than the chop shop of sports. Kids will keep dying, scandal is forever part of the sport. The Boxing Business is murderous by nature.

For those of us with a heart and soul, coming to terms with our own involvement in a death game is the hardest part of this whole mess.

But, just as awful as the pain I feel for the dead and dying, is the frustration I feel for just having to accept it all.

You can email Paul at paulmagno@theboxingtribune.com or watch as he is mocked by frat boy bloggers for not knowing how to Tweet properly. You can also buy his book, Notes from the Boxing Underground! Paul is a full member of the Burger King Kids’ Club, a born iconoclast, and an ordained minister in the Universal Life Church.