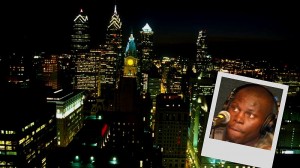 This Saturday, IBF Cruiserweight Champion Steve “USS” Cunningham 24-2 (12 KO)  takes on Yoan Pablo Hernandez  in Neurbrandenburg, Germany.  Cunningham is making his second defense of the title in his second reign as IBF champ.  Cunningham has been in six championship fights (he is 4-2 in those fights).  Five of the six fights have been in Europe with only one in the United States.  Despite being a former member of the US Navy and being raised in the blue collar boxing junkie city of Philadelphia, Cunningham is now primarily a fighter who works his craft in Europe.

Cunningham went into the Navy at seventeen years of age (hence the nickname “USS”) where he began his amateur boxing career. He would go on to have a successful amateur run, including a 1998 National Golden Gloves Championship.

He started fast as a pro, winning his first nineteen fights.  Cunningham then suffered his first loss in his twentieth  fight, which also happened to be his first title opportunity.  Cunningham got an immediate rematch with the man who beat him, Krzysztof Wlodarczyk and this time “USS” took the decision victory and the IBF cruiserweight belt.

He would make one successful defense against Marco Huck.  Then Cunningham defended against tough and gritty Tomasz Adamek at the Prudential Center in Newark, New Jersey only ninety minutes from his home in Philadelphia.  Unfortunately for Cunningham, it hardly felt like home as the building was filled with Adamek’s Polish faithful and the rugged challenger took away Cunningham’s boxing advantages with power and an iron chin.  Cunningham hit the canvas three times and left Newark without his belt after dropping the decision to Adamek in a fight of the year candidate.

Since then, Cunningham rebounded with a victory over Wayne Braithwaite and then regained his IBF title with a fifth round TKO over former Contender show champion Troy Ross.  Cunningham wanted a rematch with Adamek but Adamek pursued bigger fish and far bigger purses in the heavy weight division.

Steve Cunningham was born and raised in Philadelphia where he still resides and trains at the tough hard-nosed Schuler’s Gym in West Philly.  One would think he is clearly a draw and popular figure in his hometown.  But while he is certainly a popular figure who receives a loud cheer when he walks through the crowd at local fights, he has never been showcased in the city.  Unlike other Philadelphia names like Mike Jones, Cunningham has never been turned into an attraction in his hometown.  Jones, who draws well in the city and nearby Atlantic City, can bring out the Philly fight fans, but that opportunity was never given to Cunningham.

Cunningham has fought only once in the city, a win over Demetrius Jenkins on an undercard at the Spectrum in 2003.  Cunningham fought Tomasz Adamek up the Jersey turnpike, but as stated above, it was hardly a hometown fight.  Adamek owns North Jersey.  Other than some Philly faithful that made the journey, this was another road fight where Cunningham faced a building filled with Adamek fans decked in Polish flags and scarves.

So, why hasn’t a talented fighter, largely considered “good guy,” been showcased in his boxing-crazed home city?  Part of the reason is his division.  Cruiserweight is simply not an attractive division these days in the USA despite the fact that most cruisers are the size of past heavyweight greats.  So, Cunningham has been forced to fight recently in Europe, where the cruiserweight division is appreciated, drawing  large crowds and a wide TV audience.  Cunningham even recently signed with European promoters, Sauerland Promotions.

Another problem has been the lack of outings Cunningham has fought in Philadelphia or nearby areas.  Cunningham debuted in Savannah, Georgia and then fought his next ten bouts in South Carolina, Tennessee, and Virginia.  He then embarked on several fights in various locations around the country before heading to Poland for his first fight with Wlodarczyk and has primarily fought in Europe since then.

He was awarded the Briscoe award for Philly fighter of the year in 2010 for the second time, becoming the first fighter to win the award twice.  But the question that comes to mind is why Cunningham is not a star in a city that loves boxing.  Sure, as stated above, cruiser is not a glamor division, but that didn’t stop Main Events from turning Adamek into a draw in Jersey well before he went to the glamor division of giants.  Yes, he had no choice but to go to Europe for his title shot because they have the cruiser belts in Europe, but before and after that, couldn’t an attempt have been made to cultivate a fan base in the States?

On one hand, it seems to be a missed opportunity.  At the very least, after Cunningham lost to Adamek he could have had his comeback fight at home.  Instead, he fought Braithwaite in Florida of all places.  Cunningham has stated that he would love to be fighting at home, but the option isn’t a viable one right now.  Did someone along the way drop the ball, never featuring this guy in his hometown?  On the other hand, even if he had been featured everywhere possible in and around Philadelphia, it is still unlikely he would pack a crowd  or payday that compares to what he gets in Germany.

What the future holds for Cunningham going forward remains to be seen.  Considering his promoters are based in Germany, the likelihood of a homecoming is probably not high.  Maybe he will at least get the opportunity at some point to perform for his hometown faithful in a showcase fight.  For the time being the Philly native will have to continue in the land of bratwurst instead of the home of the cheesesteak.