Quite often the World Boxing Council’s (WBC) decisions reek of corruption, greed, favoritism, and even racism. When they gave Antonio Margarito the number 1 ranking as a jr. middleweight following his uncomfortable decision over club fighter Roberto Garcia, I smelled a rat and opined that Margarito, not Floyd Mayweather, was signed, sealed, and delivered for Manny Pacquiao’s November 2010 pay-per-view date. And when they “promoted” Tim Bradley to Champion Emeritus to make room for Erik Morales to make a run at the history books, the stench of rat once again offended my delicate nasal passages. 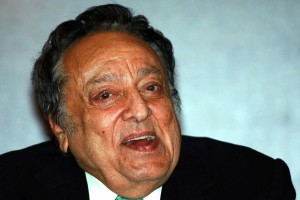 But their decision to overturn Chad Dawson’s October 15 TKO2 victory over Bernard Hopkins and rule a technical draw was the right decision. Make no mistake about it; Chad Dawson committed a foul on Bernard Hopkins. Whether or not Hopkins leaned on Dawson is irrelevant, given the fact that Dawson’s foul caused the injury that ended the fight. You can read the explanation of the WBC’s ruling here.

In March, Golden Boy delivered Saul Alvarez, a huge draw in Mexico, and the WBC approved British welterweight titlist Matthew Hatton as a suitable challenger to the vacant WBC jr. middleweight title. In August, the Golden Boy-WBC collaboration pulled off an impressive game of three-card Monte, when Jorge Barrios (former jr. lightweight titlist) was first approved as a suitable jr. welterweight title challenger, only to be replaced by Lucas Matthysse after immigration problems once again plagued the troubled Barrios, followed by a mysterious illness which caused Matthysse to withdraw and make way for unheralded Pablo Cesar Cano. If you throw in the sanctioning fee received when Floyd Mayweather returned to claim the WBC welterweight title, the Golden Boy has funneled a truckload of cash down south of the border to make for a successful 2011.

The reputation of Jose Sulaiman and the WBC makes it difficult not to take this news with anything but a sizable grain of salt. It is unfortunate, given the fact that it was the right decision to make, and it should have been made in the first place. But as with most shady individuals, the WBC is preceded by their reputation.

Inspired by Jose Sulaiman’s “Hook to the Liver” column, featured regularly on the WBC’s website, I’ve thrown a few “Uppercuts to the Balls”, highlighting recent news snippets involving Sulaiman and his cohorts at the WBC.

Some of you may remember Chris Arreola’s profanity-laced post fight interview following his TKO10 loss to WBC heavyweight champion, Vitali Klitschko, in 2009, in which he dropped enough F-bombs to piss off the Pope. Arreola’s emotional tirade drew a lengthy suspension from the WBC, wherein he was prohibited from being ranked or fighting for a WBC title. Sulaiman claimed no boxer fighting within the scope of the organization he leads should be allowed to express himself in such a vulgar way. I was tickled to see the red carpet being rolled out for Arreola this week with the announcement of his next bout that will take place in Mexico. The WBC makes no attempts to hide their jubilation over the opportunity to further the profiles of Mexican boxers fighting in Mexico, and Arreola’s fight with no-hoper Alonzo Butler is a chance to build a fan base for a possible future heavyweight titlist. The additional possibility to help position Arreola to become the first Mexican heavyweight champion in history may have Sulaiman wringing his hands at the prospect of future sanctioning fees, similar to Gollum lusting after “the precious”.

Floyd Mayweather should hire Jose Sulaiman and his Cracker Jack band of criminal investigators the next time he’s accused of a crime. Following Tuesday’s story involving an alleged assault (by WBC 154-lb. titlist, Saul Alvarez) on 108-pound champion Ulises Solis, Sulaiman was able to confidently declare Alvarez “innocent of anything against Solis”, at Wednesday’s press conference to announce the November 26 Saul Alvarez-Kermit Cintron WBC jr. middleweight title fight. Now if that isn’t fast and effective results, I don’t know what is. Perhaps the WBC can intervene in this Conrad Murray trial so we can get a verdict and clear up some room for actual news.

You can email Tim at timharrison65@gmail.com, or you can follow him on Twitter at www.twitter.com/TheTimHarrison, as he throws out ideas on how to further liken Jose Sulaiman to other nefarious characters from “The Lord of the Rings”.