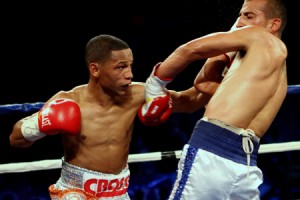 South Africa’s Takalani Ndlovu defended his IBF junior featherweight title against Mexico’s Giovanni Caro, winning the bout via split decision by scores of 114-113, 114-113, 113-114. Ndlovu suffered a knockdown in the first round.