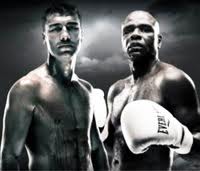 Bute is an exciting southpaw ranked #2 in division by The Boxing Tribune behind #1 ranked Andre Ward.  While his stellar record has been built fighting mostly from the friendly confines of Canada, he does hold notable wins over Librado Andrade and Edison Miranda.  A win over the 42 year old Johnson would be a springboard to bigger divisional fights including putting him in line to perhaps face the winner of Andre Ward vs. Carl Froch scheduled for later this year.

Glen “The Road Warrior” Johnson continues to prove he will take on any fighter in or around his division.  Over his career, Johnson has been in the ring with some of the most feared fighters of his era including Roy Jones, Jr. and Antonio Tarver, both of which he defeated.  Johnson has gone 1-1 over his last two contests losing a close decision to Carl Froch after defeating Alan Green by TKO.  This will be his third contest in a row at Super Middleweight after spending recent years at 175lbs.