Maccarinelli is an orthodox fighter who stands 6’4” tall, giving him a five inch height advantage over his opponent.  Maccarinelli held the WBO Cruiserweight belt from 2006 to 2008 before he lost the belt to David 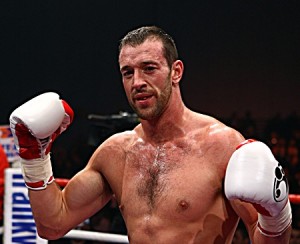 Haye on March 8th.  Since that bout, 31-year-old Maccarinelli has won four of his last seven fights, with all wins coming by knockout in the first or second round.  Conversely, his last three losses have also come by knockout.

34-year-old Marosi comes into the bout with a record that shows he’s a heavy hitter with half of his fights ending in the first or second round and only two fights going the distance.

The fight will take place at York Hall in London, England and air live on Boxnation.