Wednesday, when Manny Pacquiao called for a press conference in General Santos City, Philippines to inform the media 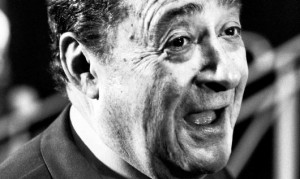 of “ongoing” negotiations for a mega-fight with arch-rival, Floyd Mayweather Jr., little did he know that nothing could be further from the truth.

Because, while Pacquiao was telling the assembled reporters about these plans, every management figure associated with Team Pacquiao was saying the exact opposite. They were telling the world that Mayweather was not in Manny’s immediate plans and that the Mayweather fight was not being discussed at all.

Even Golden Boy CEO, Richard Schaefer, was told of Team Pacquiao’s lack of interest via correspondence by retired federal judge and mediator, Daniel Weinstein, who Schaefer had contacted to act as a go-between for possible negotiations involving a Mayweather bout.

For some of us following this story for years, these contradictions and deflections fit right into the narrative of the story. Pacquiao promoter, Bob Arum, has worked to avoid matching his fighters against Mayweather since the two bitterly ended their business arrangement in 2006.

Arum has focused his promotional genius and used his “friendly” relationship with many key figures in the boxing media to work around his former “Best fighter I ever saw” and, somehow, have the world blame Mayweather for not fighting Arum’s guys.

“Arum hates Floyd Mayweather, can’t stand him, doesn’t want to see him make a dollar,” Pacquiao conditioning coach, Alex Ariza told Fighthype.com. “but instead of doing what’s best for the sport, what’s best for the fans, what’s best for the fighters because they’ll get the payday of a lifetime, no, it’s all about him…I’m thoroughly convinced and believe that Floyd really does want to have this fight. Bob [Arum] is the one interfering and fucking shit up.”

Back in early 2010, when the Mayweather-Pacquiao negotiations broke up over Mayweather’s demands for Olympic style random blood testing, Arum didn’t truly realize the goldmine he was sitting on with Manny Pacquiao and the money that could be generated by matching the Filipino icon against damaged prey in Top Rank-exclusive, in-house match-ups. From that point on, no serious efforts were ever made to negotiate a Mayweather bout.

Arum would bring up the Mayweather name, issue a vague challenge, and then shoot down the possibility of a bout while blaming Mayweather’s cowardice –even though he had already signed Manny to a fight with another opponent before Mayweather was ever brought back into the conversation.

Case in point is Arum’s well-publicized deadline imposed on Mayweather to sign a contract for a Pacqioao bout last year– Despite the fact that, as he admitted during a conference call, he had never met with anyone associated with Mayweather and that, by many accounts, Antonio Margarito was already locked in as Pacquiao’s next opponent.

But back to the present. Manny announces that a fight was being negotiated; Pacquiao’s management says that Manny isn’t interested in Mayweather at the moment.

The reason for this mix-up? Manny’s pride likely got the best of him and completely threw off the Arum game plan.

Embarrassed by a poor performance against Juan Manuel Marquez and the subsequent bad press from Arum’s statement about a fourth Marquez bout being next, the proud Pacquiao, like any real fighter, looked for redemption. And what better way to redeem himself than by going after the fight all boxing fans have been clamoring for?

To appease the fighter, Top Rank stooges likely stepped in and assured Manny that all was well and that the Mayweather fight was being handled. The idea being that, like in the past, Arum and crew would come back with another tall tale about Mayweather’s unreasonable cowardice and then work on convincing Manny to take on another hand-picked, in-house set-up.

Of course, the latter part of this article is pure conjecture, even though it completely fits into the scenario that has been playing out ever since Arum realized the earning power of his prize possession.

Whatever the case, somebody at Top Rank wants nothing to do with Floyd Mayweather. Hopefully, this time Pacquiao puts his foot down and demands that a real effort be made to sign everybody’s dream fight.

UPDATE: Asked to clarify on Pacquiao’s statement to the Filipino media, Bob Arum responded to Ringtv.com with the following: “Pacquiao’s not necessarily wrong, but it’s not right either.”