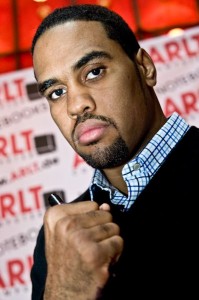 In Liakhovich’s last bout, an August contest in Germany, he was stopped by Robert Helenius in nine rounds. Prior to that, the former WBO titlist from Belarus had only fought three times since dropping his belt to Shannon Briggs in 2006. Liakhovich is 2-2 since his loss to Briggs, beating Evans Quinn and Jeremy Bates via stoppage while suffering the stoppage loss to Helenius and a 2008 unanimous decision loss to Nikolai Valuev.

The co-feature will pit Jesus Soto-Karass (24-6-3, 16 KOs), regarded as a tough, seasoned fringe contender against regional prospect and Philadelphia native, Gabriel Rosado (18-5, 10 KOs) in a ten round junior middleweight contest.