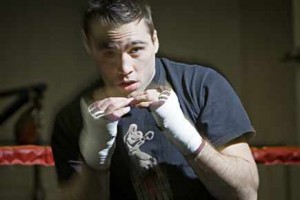 Decarie is coming off a unanimous decision win and has won nine of his last ten fights. His lone loss came in May 2010 against French fighter Souleymane M’Baye, who is now 39-4.

Puiu has gone 3-1-1 in his last five fights.  The loss came in November 2007 against Paul Clavette, who is now 15-3.  The eight round bout was scored 77-75 for Clavette by two judges while the third judge scored it even for both fighters.  The draw was against a Mexican fighter who is now 17-15.