Friday night on the undercard of Jermain Taylor’s return, Super Middleweight and former Super Six competitor Andre Dirrell, 19-1 (13 KO), makes his return to the ring after twenty-one months out of the ring. Dirrell takes on Darryl Cunningham 24-2 (10 KO) in a ten round bout from the Morongo Casino Resort and Spa in Cabazon, California on a special edition of Showtime’s Shobox series.

The last anyone saw of Dirrell was in March of last year. He was giving his confused post fight interview after being blindsided in his second Super Six bout. Dirrell, well ahead on the scorecards 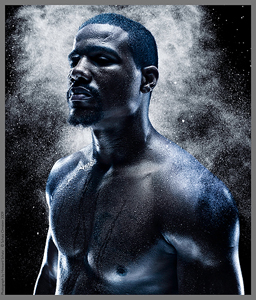 against Arthur Abraham, was looking to run out the clock in the eleventh round en route to a major upset victory. Dirrell got the win, but not in the fashion he wanted.

In the eleventh round, Dirrell slipped to the canvas in the corner. Down on a knee, he was clocked by a big Abraham punch on the side of the head.  The lights went out for Dirrell as he slumped to the canvas, unable to continue. Abraham was disqualified and Dirrell had the victory but it would cost him nearly two prime years of his boxing career.

Prior to getting illegally drilled, Andre Dirrell was putting on a clinic, taking apart a fighter that at the time was one of the most feared punchers in the sport. It was that moment you look for in a talented contender when ability and skill cross paths with a fighters potential. Everyone knew Dirrell had speed, skill and all the attributes to be a champion. But prior to the Abraham fight, he had not been able to put it all together on one night. Against Carl Froch, in his opening Super Six bout, Dirrell was dominant at times, but hesitant and tentative at others. It cost him as he lost a controversial decision in Froch’s hometown of Nottingham, England.

Dirrell entered the Abraham bout a big underdog, but was quickly dominating his slower and less-skilled opponent. He appeared well on his way to the win and, more importantly, to becoming a serious player in the Super Six tournament. He was clearly realizing his potential, dominating Abraham and even scoring a knockdown in the fourth round. All of the talent and potential Dirrell possesses was on display that night.

But then he was hit while down, leading to serious concerns and issues over his ability to physically continue in the sport of boxing. Dirrell withdrew from the tournament and has been out of action since then due to the injury and due to waiting for a TV opportunity.

“Mainly what kept me out was the injury, I had to be cleared. I was finally cleared but after that, I was cleared probably about eight months ago but I was looking for a TV date and a lot of the TV dates were taken. Fortunately Gary Shaw got me on this card. That’s pretty much what’s been holding me back.  Half and half, half was getting a TV date and half my problems after the Abraham fight.”

Dirrell spoke on his experience having to sit back and watch the Super Six unfold while he was unable to get into the ring.

“I was there and watching and excited but at the end of the day I still want my shot. For the most part, it was stressful. I would watch some fights and I would be excited but then twelve o’clock I’d be ready to go hit the gym because I’d be so anxious to get back in there.  A lot of the times I was stressed and would find myself in tears for no apparent reason.”

While Dirrell lost an opportunity and time, he believes he benefited from his Super Six experience.

“It let me know where I stood in the sport of boxing. A lot of people didn’t believe I would make it as far as I did. Even with Carl Froch, I showed my talent and I showed my world class with Arthur Abraham.  It let me know where I stand in the sport of boxing and I look forward to continuing on that ride so when I get back in the ring you know as well as me that I belong on top.

Dirrell is confident that he is medically past the blow from Abraham.  He feels he is ready to resume his career despite some concerns after the incident in his last outing.

“I thought about it in the beginning of my workout sessions but quickly, honestly, when I was getting the work in sparring sessions and just working out and working hard it all left my mind because I believe I will still be where I was when I left the sport. I’m feeling really good in my comeback.  My only concern is looking great for the fans and having a good show. I’m not too concerned about the problems that persisted after the Abraham fight.”

Now, Dirrell moves forward to resume his career and pick up where he left off.  He is confident that he can get to the top and be one of the best in the sport. Dirrell has high expectations for his comeback Friday night and wants more than just a win.

Boxing can be cruel to those as they age and Dirrell, at age twenty-eight, is well aware his window of opportunity won’t stay open long. He plans on moving fast and accomplishing his goals in order to make an exit from the sport at the right time.

Prior to dropping out of the Super Six, Dirrell was scheduled to meet his former Olympic teammate and eventual Super Six Champion Andre Ward in the third round of the tournament. It’s a fight Dirrell says he still wants and believes the fans want as well.

“Definitely, I know our day will come. That’s something the fans want to see so we’ll give it to them.  It’s all just a matter of time.”

Dirrell also had some very clear thoughts on Lucian Bute.  Dirrell believes he is a talented but protected fighter who needs to get in with top fighters in the division.

Dirrell’s journey back starts Friday night.  Similar to the headliner on the card, Jermain Taylor (who makes his ring return against Jessie Nicklow), Dirrell will probably not be greatly tested in his bout with Cunningham. If he is at the same level as he was against Abraham, he should roll over Cunningham.  Then he should quickly get the opportunity to prove himself in the deep and talented super middleweight division. Whether he gets Bute, Ward, or some of the other top fighters in the division, Dirrell will be looking to make a name for himself. Dirrell has always had the personality to attract attention and the charisma to draw fans. Twenty-one months ago he started to show the talent that could take him to the top. Now he gets the chance to pick up where he left off and move towards accomplishing his goals.

“The ultimate goal for myself is to become world renown. I would love for my name to be a household name such as Pacquiao, such as Floyd Mayweather. And chasing them titles down is my dream.  I got a strong, strong desire to become the best that ever did it.  As long as I keep my mind set on that I know I can reach a pretty high level.

“I really want to make my grandfather proud. He’s worked hard. He’s done so much in his life.  He’s given me so much. I want to see that smile on his face at the end of the day. When that man goes to his casket at the end of the day, God forbid, I want to see him with a smile on his face. One of two goals is become the best and put that smile on my grandfather’s face.”