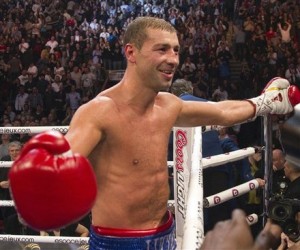 Eddie Hearn of Matchroom Sport, the promoter for Carl Froch, has informed Edward Chaykovsky of Boxing Scene that Showtime has rejected Froch as Lucian Bute’s April opponent. Hearn was negotiating a two-fight deal with Interbox, with the first fight to take place in Bute’s adopted home of Montreal in April, and the return bout (if the first fight doesn’t end in a KO or shutout) in the Froch’s native Nottingham, London.

Hearn stated that Showtime is pushing for Bute (30-0, 24 KOs), the IBF super middleweight champion, to face an American opponent in his next bout.

While a Bute-Froch fight has been put on hold for the immediate future, it is still a possibility at a later date.