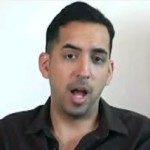 by Tim Harrison Despite the lack of in-ring action the weekend of July 20, plenty of dubious happenings outside of the ring have kept us busy, regardless of how fast a worthy scandal dies down. The most recent controversy from outside the ropes came in the form of self-professed reporter Gabriel Montoya and his secret involvement as a consultant to the PED testing protocols … END_OF_DOCUMENT_TOKEN_TO_BE_REPLACED 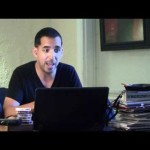 In late May an anonymous source sent me a recorded phone conversation of Max Boxing writer Gabriel Montoya crowing about his status as a secret PEDs testing consultant for the Jean Pascal-Lucian Bute bout in Canada and other materials related to his relationship with certain individuals in the PED testing arena. Obviously, a journalist serving as secret consultant for a … END_OF_DOCUMENT_TOKEN_TO_BE_REPLACED 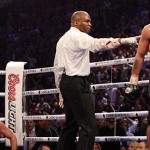 by Fox Doucette In 1997, WWE impresario Vince McMahon pulled what became known as the “Montreal Screwjob”, where unbeknownst to popular wrestler Bret Hart, he was set to lose a match in front of his Canadian fans in a fashion that would create maximum drama for television (a screwjob, in wrestling parlance, being a sort of enforced method acting where the wrestler's genuine … END_OF_DOCUMENT_TOKEN_TO_BE_REPLACED 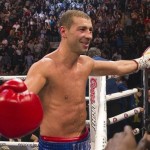 Eddie Hearn of Matchroom Sport, the promoter for Carl Froch, has informed Edward Chaykovsky of Boxing Scene that Showtime has rejected Froch as Lucian Bute’s April opponent. Hearn was negotiating a two-fight deal with Interbox, with the first fight to take place in Bute’s adopted home of Montreal in April, and the return bout (if the first fight doesn’t end in a KO or shutout) … END_OF_DOCUMENT_TOKEN_TO_BE_REPLACED