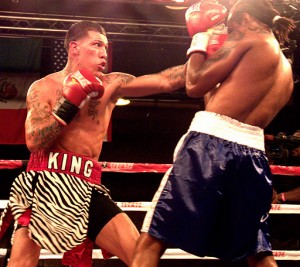 Rosado will be fighting in his hometown and has the advantage of taking on an opponent who will be coming up in weight.  He is two inches taller than his opponent and has a five inch longer reach.  Rosado is coming off four consecutive wins, two of those by TKO.  He has wins on record over notables Saul Roman and Kassim Ouma (in 2010 and 2009, respectively).

Co-headlining the main event will be heavyweight prospects Bryant Jennings (11-0, 5KOs) and Maurice Byarm (13-0-1, 9KOs).  Originally scheduled were heavyweights Eddie Chambers and Sergei Liakhovich, but injuries sustained by Chambers during training necessitated his withdrawal from the bout.