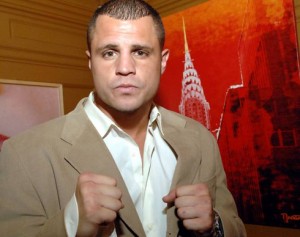 Flores began his career at heavyweight, making his professional debut in 2003.  In 2006, he moved to cruiserweight winning a minor title in the division.  He went on to win several other minor cruiserweight titles until getting a shot at the IBO title belt in 2010.

Since that loss, he’s fought twice, picking up minor titles with wins over fighters whose professional careers combined amount to less than forty fights.

Pineda, who began his career at featherweight in 1991, will be making his third fight at cruiserweight with this bout on Saturday.  Pineda is a Colombian southpaw, nine years Flores’ senior, and has lost the other two bouts he fought in this division with one of those losses coming against Glen Johnson in 2008.  Other notables on his record include Kostya Tszyu (TKOn 11 loss), Felix Trinidad (KO 4 loss) and Saul Roman (KO 8 loss).

This fight will headline five scheduled matches and will take place at the Shrine Mosque in Springfield, Missouri.