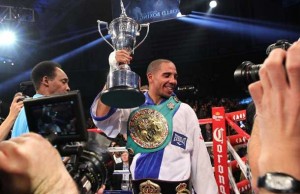 “I want to thank God for giving me the strength to put in the work year after year to get to this point. I also want to thank my manager, James Prince, my promoters Antonio Leonard and Dan Goossen, everyone who is a part of Team Ward, as well as all of my family, friends, and loyal fans who have been behind me all these years,” Ward said. “This award is just as much for them as it is for me.”

Ward was also named Fighter of the Year by The Boxing Tribune.

In related news, last July’s Delvin Rodriguez vs. Pawel Wolak shootout was named Fight of the Year by the BWAA.