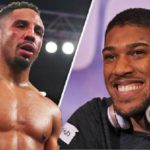 The two-weight world champion, Andre Ward has stated that he would consider moving up to the heavyweight category with the intention of securing a bout against the world champion Anthony Joshua. The rematch between Andre Ward and Sergey Kovalev on Saturday extended the unbeaten run of the American after a stoppage not only ensured an effortless victory, but also ensured he … END_OF_DOCUMENT_TOKEN_TO_BE_REPLACED 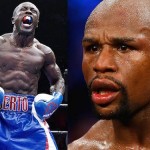 Hola amigos y familia, welcome to a hastily scribbled edition of Panamá City's highest rated, most money-spinning proper pugilistic paper, The Sunday Brunch - We're sparring with Mayweather, bragging about our credentials and taking the perfect selfie. This week we are going to take a peek at a few things Andre Berto must do if he wants to defeat Floyd Mayweather. Get some … END_OF_DOCUMENT_TOKEN_TO_BE_REPLACED

Boxing is a weird sport when stacked up against all others. Hardcore boxing fans often seem to be interested in things well beyond the actual match. Frequently, it seems as though the nuts and bolts mechanics of the sport are secondary to image and whatever self-identity is wrapped around the fighters fans embrace. The hardcore, blue collar fight fan embraces the image of … END_OF_DOCUMENT_TOKEN_TO_BE_REPLACED

"What once came easy to the young athlete, will, from here on out, become a series of must-win scenarios." Read the Rest at Yahoo! Sports, click HERE. … END_OF_DOCUMENT_TOKEN_TO_BE_REPLACED 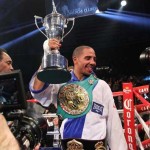 Unified super middleweight champion Andre Ward (25-0-0, 13 KOs) has been named the 2011 Boxing Writers Association of America Fighter of the Year, beating out Wladimir Klitschko, Nonito Donaire, Floyd Mayweather, and Manny Pacquiao for the award. Ward’s trainer, Virgil Hill, won the Eddie Futch award for trainer of the year. Ward began 2011 with a near-shutout victory over … END_OF_DOCUMENT_TOKEN_TO_BE_REPLACED