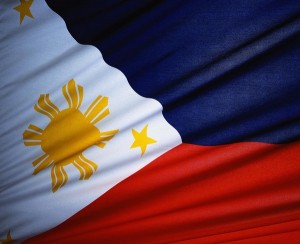 As a Bohol native, Bautista comes into this bout with home-field advantage.  Additionally, he’s coming off six consecutive wins—all against fighters with winning records.  His last win was over Miguel Angel Mendoza.  Mendoza was undefeated at the time, and Bautista sent him to the canvas twice in round one, and then again in round six to the end the fight by knockout.

The win over Mendoza was integral in his continued climb of the featherweight ranks.

In 2007, Bautista was easily one of the most recognizable Filipino boxers of his time, soon to be prince to King Pacquiao.  But in August of ’07, all of that disappeared when he faced Daniel Ponce de Leon in a world championship title bout.  Ponce de Leon came out of the gates strong, throwing combinations wildly that forced Bautista to retreat.  A left hook sent Bautista crashing into the ropes, and his subsequent failure to protect himself ended the fight at 2:30 in round one.  A little over a year later, he acquired another loss, this time against Heriberto Ruiz by unanimous decision.

“With the injuries that he had, he needs more time.  We are in no rush.  He’s still young and it’s not about the number of fights that he has to go through before earning a world title fight, but it’s on how he performs in every fight.”

Pagara comes into this bout seven years younger than his opponent at 23 years of age.  Since the beginning of 2011, Pagara has come away with knockout wins in three bouts.  But, in his last bout, he acquired the second loss of his career when he took on Mexican fighter, Rosbel Montoyak, losing by unanimous decision with scores of 94-96, 91-99 and 93-97.

Although he is the older fighter, Yarangga comes into this bout with little experience, and ten of his twelve bouts have been against fighters making their professional debut.  He’s coming off three consecutive wins, and his only loss came in 2010 against a fighter who was ranked 8-8 at the time.

In the bantamweight division, Michael Domingo will take on fellow Filipino fighter, Marvin Tampus, in what his promoter referred to as a tune-up bout.  Domingo is scheduled to face fourth-ranked bantamweight Joseph Agbeko in May of this year.  Domingo has lost two of his last three bouts, both by unanimous decision.  Domingo’s other fourteen losses came prior to 2007.

Tampus has fought in a third less bouts than his upcoming opponent, and most of those fights have come against mediocre competition.  The majority of his fourteen losses on record have come in the latter half of his career.