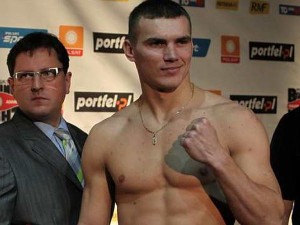 Masternak comes into the bout undefeated and ranked 12th in the world among cruiserweights.  His last four wins have come by way of TKO, with only one of those going past the fifth round.  Masternak has yet to face anyone ranked in the top twenty of the cruiserweight standings, but he continues to make his way through the ranks, and at the age of twenty-four he still has time to do so.  This will be his fourth fight in Germany, and his eighth outside of his home country of Poland.

Romero is coming off six consecutive wins, posting his last loss in September of ’08.  All six wins came against untested fighters with winning records, and Romero took two of them by TKO.  This will be his fourth fight outside of Mexico, and his first fight outside of North America.