“Every time you talk about behavioral economics I always think of examples from sports.”

As your columnist prepares for tomorrow’s Econ final exam with the intensity of a fighter preparing for a title contest, that bit of dialogue from a conversation between me and the professor in that class rattles around my head, especially since I can’t help but think that same professor, despite not being much of a sports fan, would feel right at home at the Sloan Sports Analytics Conference at MIT (dubbed “Dorkapalooza” by ESPN’s Bill Simmons.) 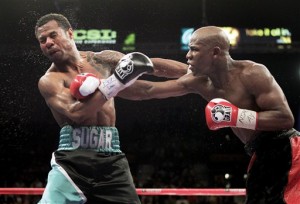 Moneyball, the book, movie, and way of life, has become such an ingrained part of baseball that the so-called “blue ocean”, where an idea exists without competition until such time as the competition wises up and adopts the innovation, has long since run as dry as the Sahara. Sabermetrics and VORP and WAR and all those other esoteric “nerds ruined the game” analytics are so pervasive that in a twist of irony, perhaps the game on some level has reverted to the old days where athleticism and intangibles are the only remaining variables separating the first-place Tampa Bay Rays from the bloody awful Boston Red Sox (Joe Maddon. Bobby Valentine. No further questions, Your Honor.)

Thanks to Houston GM Daryl Morey, we’re seeing a lot of this in the NBA as well. The affectionately nicknamed “Hollinger stats” (after ESPN basketball maven John Hollinger, who created most of them) have been used, mainly on offense, to differentiate the true stars from the guys who get stats purely because they chuck up shots like George Costanza at the YMCA and rely on volume to win the scoring title. In addition, a lot of teams are trying to figure out the Holy Grail measurable defensive stat, because after all, defense wins championships. All of the statistical and regression analysis involved is inspired by baseball, which in turn owes the bulk of its methodology to statistics, the first cousin of economics.

But this is not a column about baseball or basketball. This column is about what happens when two men step into a glorified phone booth and attempt to punch each other into unconsciousness. So what in the world do VORP and WAR and PER and Estimated Wins Added have to do with violently beating another man about the head until he falls down unable to rise to a count of ten?

Well, answer me this. What is the single most important factor in whether a fighter gets knocked out? Besides brute strength, the key variable is anticipation—being able to see a punch coming before the opponent throws it, then countering, blocking, or dodging the punch as the situation warrants. The bulk of knockouts come one way—the fighter knocked out did not see the punch that hurt him. Sometimes that punch ends the fight by itself, other times (notably in Ismayl Sillakh’s loss to Denis Grachev on FNF a couple of weeks ago) it staggers the fighter, thence to be beaten senseless by a barrage of punches as he never gets off the back foot.

As the old saying goes, “proper preparation prevents poor performance.” What if a boxer could be trained to know what is coming and react before the bell ever sounds to start round one? So far in the sport, with rare exceptions (Teddy Atlas preparing a “Fight Plan” on FNF, just for example), the prevailing wisdom in boxing is to get a sense of very broad tendencies where tendencies are looked for at all. We lump fighters into overly-generic categories like “counter puncher” or “pressure fighter” or “brawler”…but in much the same way that simply calling a pitcher a “fastball pitcher” is a good way to strike out on a change-up after fouling a couple of fastballs off, so too is looking at broad categories a poor way to prepare for a boxing match.

What if it were far more precise than that? What if sparring partners could be programmed to more accurately emulate the fighter that the trainer’s charge is about to face on fight night? People tend to be predictable, guided by their temperament, but if, say, a guy like Floyd Mayweather knew exactly what punch his opponent would throw in any given situation, commanded the action to create that situation, then countered the punch? What if even someone like Demetrius Andrade did?

I’m not suggesting that trainers start saying in the corner between rounds, “Hey, he throws the left hook off his lead jab 60% of the time.” As Steve Mariucci, the football coach, used to say, “When you think, you stink.” This isn’t about turning boxers into stat nerds.

What it is about is delivering that message into a fighter’s mind and making it a matter of muscle memory long before even the weigh-in. Watching film, breaking down fighters, getting everything down to putting the science in “Sweet Science”, then executing the plan on fight night, that’s what “Moneypunch” would be about.

I’d like to see a trainer try it out. Boxing is a sport that is far more conservative than most as far as moving away from established dogma (really, only pro football comes close on that front), but a trainer who develops a reputation as being able to turn merely above-average fighters into title contenders could make a lot of money for himself. We might be seeing a ring entourage where the fighter is surrounded by his trainer, his cutman, his promoter…and his staff behavioral economist.

Or maybe I’ve just gone cross-eyed studying this damned Econ literature. Got a final exam to pass and all. Wish me luck.

Fox Doucette covers Friday Night Fights for The Boxing Tribune. His weekly column, The Southpaw, appears on Thursdays. He’s glad to finally be graduating from college, but he’ll miss the ample supply of 18-to-22 year old eye candy in his life. Fan mail, hate mail, and young chicks with a taste for old dudes can be sent to beatcap@gmail.com.