With one single exception (Pacquiao-Bradley on the 9th of next month), the entire sports universe is focused on the NBA and NHL playoffs and will be through about Father’s Day. Huge media markets in hockey (LA in the west, NY/NJ in the east), big storylines in hoops (the Zombie Sonics looking to forcibly seize the torch from Tim Duncan, who is trying to make one last run at a title, the Celtics’ Big Three doing the same while trying to duck Philly and Miami, LeBron trying to shake the playoff-choker label…) What’s a fight fan to do in the midst of all this? 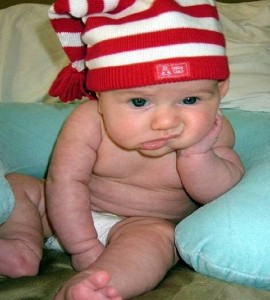 The short answer is “feast on the crumbs”. ESPN2’s FNF card this week is a dog (I hope I’m wrong on this, but Ji-Hoon Kim is beginning to look shopworn), the Bute-Froch super middleweight showdown isn’t even on US TV (it’s streamed online at EpixHD.com, which is one of the choppiest, most poorly-done streaming feeds out there, basically a low-rent district ESPN3), and about the only other thing fight fans have to look forward to this week is Fres Oquendo fighting “that guy Chris Arreola kissed on FNF” (Joey Abell). Hope you like basketball.

The best question to ask here is “who do we blame?” After all, Floyd Mayweather was more than able to steal news cycles from the aforementioned playoffs, and Manny Pacquiao and Timothy Bradley are generating a ton of buzz ahead of their fight, which will be up against the NBA Finals (and possibly the NHL finals as well if the Devils/Rangers series goes seven and that winner against the Kings goes the distance.) It’s not like compelling boxing can’t hold its own against those more popular sports.

Does ESPN even care? Or have they pretty much thrown up their hands and conceded FNF on the grounds that men in the doghouse with their wives and girlfriends are pretty much locked in to taking those women out Friday night before the Celtics-Sixers Game 7 on Saturday and possibly a Heat-Pacers Game 7 on that same night (in addition to Game 1 of Spurs-Zombies, occupying the Sunday airwaves)? Whatever they’re paying for a six and eight-round twin bill on the undercard can’t be much more than a coupon for Steak N’ Shake and a case of Turtle Wax, can it?

I bring this up because let’s face it. This is the very epitome of a slow news week. There is not a damn thing in the sport of boxing worth talking about. We’re too far out from Mayweather/Cotto to have any fresh angles left, Pacquiao/Bradley is still two weeks away, the Khan/Peterson fight that should’ve occupied the water cooler this week was DOA when Lamont Peterson combined synthetic ball juice with BB shot and got busted for his efforts…

It reminds me of the scene in the cult classic film UHF where Kuni, a karate instructor hosting a game show, says “She took the box! Let’s see what’s in the box…NOTHING! ABSOLUTELY NOTHING!”

From the looks of it, that six-rounder might not even go off as planned, since the fighter who was to have been involved has been pulled off the bout list, possibly due to even a short-notice opponent being unavailable. At this point, what ESPN2 is going to do to salvage the FNF card is still an open question. Leon Spinks III is scheduled for a four-rounder, and to steal a line from Teddy Atlas, “you don’t have to be Nostradamus to see what’s gonna happen.” I’ll give you even money that swing fight is happening.

At least there’s no minor event scheduled for earlier in the evening to run long and make FNF fans wait half an hour for the show to start. Last week the start was delayed by two innings of women’s softball (!), which is of interest only to the parents and significant others of the girls playing in the game (whether the same can be said of boxing at this point is another subject open for debate.) I’m pretty sure Hannah Storm’s little basketball interview show isn’t going to take up the allotted time, what with it being produced for a sixty-minute runtime.

Some of you in the comments section are going to nail me for being all over the place with my thoughts this week. I will cop to being disjointed, writing with the same style as Emanuel Augustus throwing punches. Keith Olbermann once told a story about a night he and Dan Patrick were doing SportsCenter (back when the Sunday night “Big Show” was appointment viewing), and Keith threw to a highlight package…only to have the production assistant nervously signal from offstage that the video in question was unavailable, and Olbermann would have to stretch two and a half minutes of improvised material to fill dead air. Keith was all over the place, all right…darting between topics like a Tim Wakefield knuckleball, but he got the job done.

My point is this—you try writing 800 words every Thursday and see how you do when you’ve got no material. Next week is the 50th episode of The Southpaw. Someone put the Pulitzer committee on pre-alert. Much like They Might Be Giants’ experimental film, I already know the ending—it’s the part that makes your face implode.

Fox Doucette covers Friday Night Fights for The Boxing Tribune. His weekly column, The Southpaw, appears on Thursdays. He hopes this bit of literary post-modernism isn’t too obscure or avant-garde, since he gave away the hook toward the end. Fan mail, hate mail, and offers to cast your columnist in a bit part in a “This Is SportsCenter” commercial can be sent to beatcap@gmail.com.