Saturday night, Carl Froch (28-2, 20 KO) takes to the ring as possibly the most undervalued and under appreciated fighter in the sport of boxing.  He is no longer underrated as he is widely considered the third best super middleweight in the world behind his opponent Saturday, Lucian Bute and top dog Andre Ward, who defeated Froch in the Super Six final.  Yet Froch still does not seem to get full credit for his abilities in the ring and the incredible level of competition he has faced over the last three years. 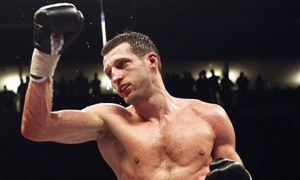 A simple look at Froch’s opposition, results, and level of entertainment in his last seven fights demonstrates what “The Cobra” brings each time he steps in the ring.  He has faced possibly the toughest level of competition in the sport in the last three plus years of any active fighter.  He is 5-2 over that stretch against the best in his division and he makes for exciting fights each and every time.

The level of opposition speaks for itself.  Jean Pascal is a young, strong, heavy handed fighter.  Jermain Taylor may have been past his best when he met Froch but was still a very gifted boxer.  Andre Dirrell brought extreme speed and athletic talent.  Mikkel Kessler is one of the best super middle weights of this era and a complete boxer with power.  Arthur Abraham, while not the force he was once considered, can still be dangerous with his cagey defense and one punch power.  Glen Johnson will give anyone hell on any night and must always be respected.  Finally, Froch’s last opponent Andre Ward is sky rocketing up the pound for pound charts with his all-around talent and skill set.

The results in those seven fights are excellent.  In a sport where going undefeated has a higher premium than any other sport, Froch’s 5-2 mark is often not appreciated because he didn’t win every bout.  No fighter short of possibly Mayweather, Pacquiao, and maybe Ward could face that level of varied opposition and come out on top with a better winning percentage than the Nottingham, England native.

Froch took home wins in grueling fights with Pascal and Johnson where his resilient chin weathered some heavy shots to carry the day.  He got off the canvas against Taylor to come from behind with a last second knockout.  He was able to do enough to beat the crafty Dirrell and he completely dominated Abraham.

His two losses are certainly forgivable.  He dropped a close decision to Kessler in Mikkel’s home country of Denmark in a fight that could have gone either way.  The only convincing loss was to Andre Ward in the Super Six final.  Losing to Ward should have no backlash whatsoever as Ward is showing to be one of the elite top five talents in the sport.

The final point on what Froch brings to the squared circle is the excitement factor.  His bout with Pascal was a barn-burner.  His win over Taylor was high drama where Froch got up from a knockdown in round three and pulled a dramatic come from behind win, outlasting the fading Taylor to score a vicious knockout with only fourteen seconds left in the fight.  His fight with Kessler was a toe to toe back and forth slugfest that was by far the most entertaining fight of the Super Six tournament and the Johnson fight was not far behind in entertainment value.  The only two fights that were not overly exciting were against Dirrell and Ward, but that is more a product of the opponent’s style, not Froch.

Saturday, Froch continues his run of only facing the best of the best when he takes on the number two man in the division Lucian Bute.  His opponent Saturday is unbeaten, sports an 80% knockout ratio, and is an athletic boxer-puncher.  Froch will again challenge himself at the highest level.

Toss in other intangibles such as the fact he has fought in America, Denmark, Finland, and his home country England along with being given little shot to succeed in the Super Six and Froch again comes out looking rosy after his recent run of fights.  He may not be the number one man in the division or a pound for pound star.  He may not be the most talented, but he certainly has a high enough skill level to compliment his toughness and extreme desire to fight.  While his personality is not always loved, his confidence that borders on arrogance brings added entertainment to a sport that thrives on excitement in and out of the ring.

Froch should be appreciated for everything he brings to the sport.  His entertainment value and willingness to test himself should be well-noticed in a day and age when many fighters feel just winning is enough and believe that a tune up fight is needed as often as difficult fights.  Saturday, Froch should again not be counted out to win, or at the very least, bring competition and effort to provide an entertaining fight.  Had Froch fought in a different era his value may have been more appreciated.  This generation should at least begin to appreciate the many facets of Carl Froch.