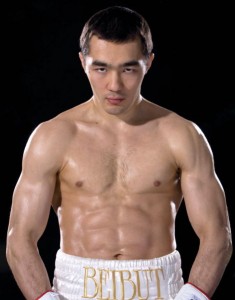 Shumenov is one of those “champions” who may hold a world title belt but who only that sanctioning body and the fighter himself thinks of as the best man in the division. The Boxing Tribune’s unbiased world rankings have Shumenov sixth and his opponent Saturday not even in the discussion. Since winning the crown in a controversial split decision from Gabriel Campillo (in the rematch of an equally hotly contested majority decision loss, the only loss of Shumenov’s career), the Kazakh has defended his title against Vyacheslav Uzelkov (in a snoozer on ESPN), William Joppy, and Danny Santiago.

Enrique Ornelas, for his part, is known more for the fighters he has lost to (Robert Stieglitz, Bernard Hopkins, and Marco Antonio Rubio most notably) than for the fighters he has beaten (his biggest scalp was Bronco McKart in 2007, avenging a defeat.) He “earned” his title shot with wins over Hector Hernandez, Alfredo Contreras, and Heriberto Gutierrez, not exactly Jean Pascal or Tavoris Cloud in there.

Shumenov-Ornelas, for the WBA light heavyweight championship of the world, will be held at the Hard Rock Casino in Las Vegas, Nevada, and will air on FOX Sports En Español in the United States on Saturday, June 2nd, at 10 PM Eastern/7 PM Pacific.