It was hard to single out just one hero to honor from last week. 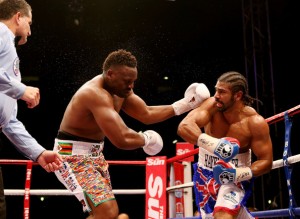 Danny Garcia would’ve made sense and was the leading candidate to take top honors with his TKO 4 win over Amir Khan on Saturday. After all, he produced one of 2012’s most memorable moments with the upset victory.

David Haye also had to be considered for adding a touch of class to an otherwise classless event with his impressive TKO 5 win over Dereck Chisora. Nobody was beheaded, no gang wars broke out– All fans saw from London on Saturday was Haye’s raw ability at its finest. In the process, Haye removed himself from his previous, post-Klitschko status as boxing punchline.

Let’s not forget Glen Johnson, who lost last Friday, but announced his retirement. Surely, “The Road Warrior” deserves “hero” status for a career’s worth of quality action.

So, in a week that saw Danny Garcia emerge as a player, 30,000 fans pack a stadium in London for a stellar David Haye performance, a quality ESPN card, and a fond farewell to a fan-favorite legend…The only logical winner this week is the sport of boxing, itself.

Once again, we see that there’s nothing wrong with boxing that can’t be fixed by what’s right with boxing.

Although the boxing week ended with plenty of feel-good moments, it started with a real bummer. 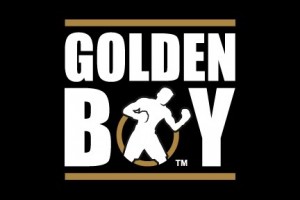 Lopez produced one of the year’s most memorable moments when he defeated Victor Ortiz a couple of weeks ago and the idea was that the win would serve as a career springboard for the likable fighter. It was also thought that Ortiz’s loss in his tune-up for the September clash with Alvarez would force Golden Boy to take a second look at the deep junior middleweight division for a proper replacement.

Instead, Golden Boy made the most cynical decision possible and chose Lopez for the big date.

In an ideal world, Lopez would’ve been rewarded with a big fight against someone like Marcos Maidana, possibly on the same September 15th card with Alvarez facing a true junior middleweight contender in the main event. But Golden Boy, essentially, cheated fans out of two quality bouts with their decision.

This is not to say that Lopez won’t put in a quality effort, it’s just that fans were promised so much more. And given the, thus far, bogus nature of Alvarez’s WBC 154 lb. title reign, it seemed to be a no-brainer that Golden Boy wouldn’t try to pull a fast one.