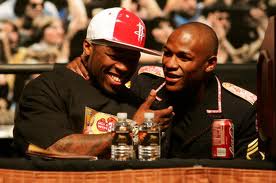 Gamboa, the 2004 flyweight Olympic Gold Medalist and former IBF/WBA featherweight champion, recently split with his promoters, Arena Box and Top Rank and has remained a promotional free agent since the split. Prior to the sudden cancellation of his proposed April 14 fight with Brandon Rios, Gamboa was training at Floyd Mayweather’s Las Vegas Gym.

Dirrell, the 2004 middleweight Olympic Bronze Medalist and super middleweight contender, also recently split with his promoter, Gary Shaw. Dirrell has remained largely inactive since pulling out of the Super Six World Boxing Classic in 2010, citing neurological damage from an illegal punch in his April 2010 fight with Arthur Abraham. He too, has been seen training at Mayweather’s Las Vegas gym in recent months. Dirrell last fought on December 30, 2011, knocking out 37-year old Darryl Cunningham in two rounds.

Jackson recently received his promoter’s license in New York, and is in the process of becoming licensed in the state of Nevada.