Despite having copped to using performance-enhancing drugs when winning the 140-pound title from Amir Khan, IBF titlist Lamont Peterson (30-1-1, 15 KOs) was allowed to retain his title by that organization. Peterson will fight mandatory challenger Zab “Super” Judah (42-7, 29 KOs) at a venue and on a date to be determined later. 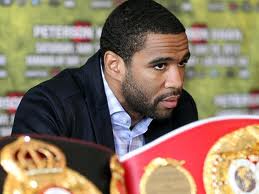 The IBF’s reasoning behind keeping Peterson as the champion was dubious even by sanctioning body standards; in a statement, a spokesman for the organization said that Peterson’s testosterone levels were consistent with levels associated with therapeutic use of the synthetic form of the most basic of male hormones. While WADA/Olympic-style regulations outright ban the use of synthetic hormones for any reason by competitive athletes, the IBF saw fit to rule otherwise.

The WBA stripped Peterson of his title on the same evidence, awarding it back to Amir Khan, who then lost the title in a unification bout with current WBC and WBA Super champion Danny Garcia. The winner of Peterson-Judah is being talked about as a potential opponent in that 140-pound superfight further down the road in 2013.

The Boxing Tribune will have news as it breaks of developments regarding a date, venue, and television coverage of Lamont Peterson vs. Zab Judah for the IBF junior welterweight title. Stay tuned.