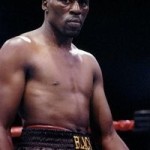 by Fox Doucette It's a Floyd Mayweather kind of night here in San Dimas, but not in the way you might be thinking. Rather than the 49-0 retired champion, one of the great fighters of all time, we've got the Grand Rapids family in the ring tonight. Your main event is Uncle Roger, who had a helluva title run at 140 in the late '80s and comes in off a win over Rene Arredondo to … END_OF_DOCUMENT_TOKEN_TO_BE_REPLACED 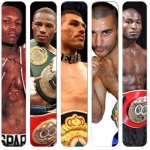 by Eric "Sugar Foot" Duran Roy Jones Jr took his act to Russia, far away from the lights and TV of America. He's able to handpick opponents and perform some hip-hop right after he disposes of them. Yet, no one has to shell out moolah for premium cable channels to view the circus. As 2014 nears end, it's time to reflect on the fighters who TV execs need to turn a blind … END_OF_DOCUMENT_TOKEN_TO_BE_REPLACED 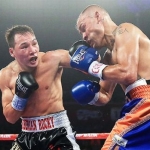 Apparently out of the running for any major bouts the rest of this year, former world titlist Ruslan Provodnikov (24-3, 16 KOs) will stay busy with a November 28 bout in Moscow against an opponent to be named. According to Provodnikov's promoter, Artie Pelullo, efforts were made to bring Zab Judah and then Mauricio Herrera over for the Moscow card, but both fighters balked … END_OF_DOCUMENT_TOKEN_TO_BE_REPLACED 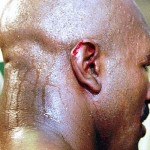 As hardcore boxing fans, we want to see a fight end conclusively one way or another - The big knockout, the back and forth battle that culminates in a close decision; even the draw bout that finishes bittersweet for both men, but promises a second encounter are all welcome (or, at least tolerable) scenarios. Unfortunately, boxers and their fights are sometimes remembered not … END_OF_DOCUMENT_TOKEN_TO_BE_REPLACED

Hola family and welcome home to a thyme, rosemary and laurel leaf scented edition of Omaha's 145th most popular bite-sized weekly pugilistic paper, The Sunday Brunch - We combine like the boxing column equivalent of the real diecast Voltron, not those fake plastic re-release ones that came out years later, I'm talking a serious choking hazard, people...This week we're … END_OF_DOCUMENT_TOKEN_TO_BE_REPLACED