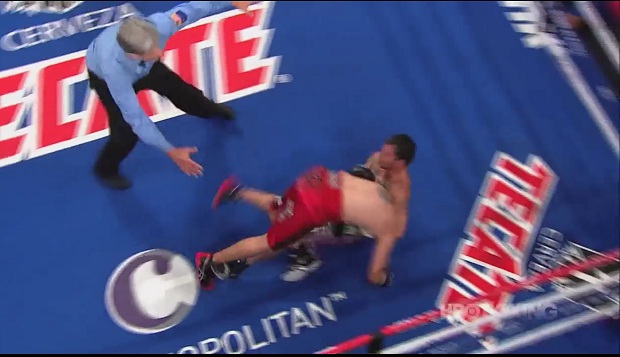 When two boxers develop a genuine dislike for one and another over the course of their sanctioned fight, you would like to see them come to amicable terms via face punching, body blows or otherwise beating the crap out of each other. A fight should end through a concussive conclusion or by decision, but you want to see them at least attempt to settle their temporary beef themselves.

Brandon Rios and Diego Chaves were robbed out of that right. Referee Vic Drakulich overly asserted himself and seemingly favored Rios when it came to whose fouls he was actually paying attention to.

The two men worked up a huge amount of animosity towards each other over the course of nine brutal rounds which were absolutely pockmarked with elbows, low blows, headbutts, arm twisting and WWE-style DDT maneuvers. Referee Drakulich ended this fight by disqualifying Chaves in the ninth round of a great match up, prematurely halting an extremely engaging welterweight contest.