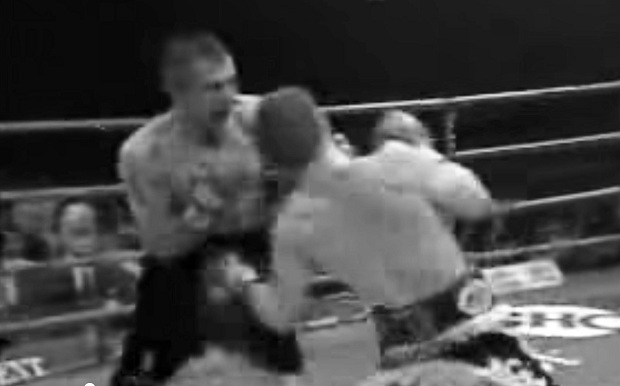 In what would ultimately become the high point of his career, Manchester’s Ricky Hatton came in as a sizable underdog in the most important fight of his life; against the feared Russian, Kostya Tszyu.

Around this time, Tszyu was only fighting once per-year, however, was a pound-for-pound player and held some of the more important hardware in the junior welterweight division. When he clashed with Hatton at the M.E.N. Arena in Manchester, both fighters displayed championship moxie and were giving as good as they got.

By the midway point of the fight, Tszyu’s accurate countering and Hatton’s high pressure style were wearing on the fighters…Frustration arose and eventually gave way to combination penis punching – which was employed several times by the defending champion. Not to be outdone, the crowd favorite responded in kind with a leaping left hook that landed down under in a huge way on the Australian-based boxing hero.

The combination of Kostya Tszyu’s inactivity and Ricky Hatton’s activity proved to be too much and Tszyu declined to come out for the final round in a fight that will go down as one of British boxing’s best nights and biggest upsets.